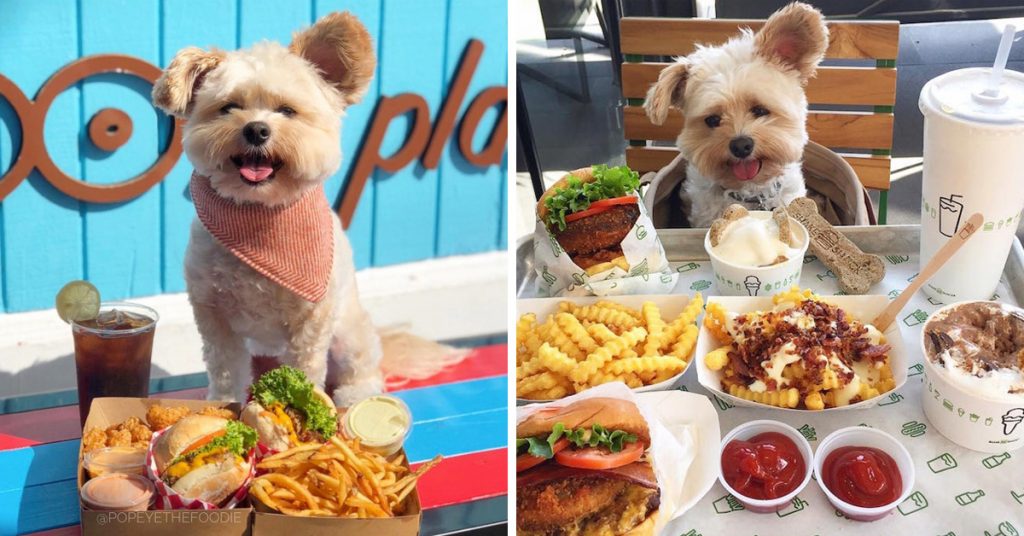 A formerly homeless dog is now having the time of his life hopping around the trendiest restaurants in Los Angeles. Ivy Diep found the stray dog on the streets way back in 2014 and named him Popeye. The puppy was thin and matted so Diep decided to take him home. Her husband and their other pets instantly got along with Popeye.
One day, she brought Popeye to one of her Instagram dates with her friend. They constantly try new restaurants, take photos, and post reviews on Instagram. That’s when she discovered that Popeye actually makes a great companion at restaurants. He’s well-behaved around food and would even sit still and be cute for photos.
She created Popeye the Foodie Dog, an Instagram account dedicated to document Popeye’s foodie adventures around LA, but don’t worry, Popeye doesn’t actually get to eat all the delicious food in the photo, since his parents only feed him food that’s safe for dogs. 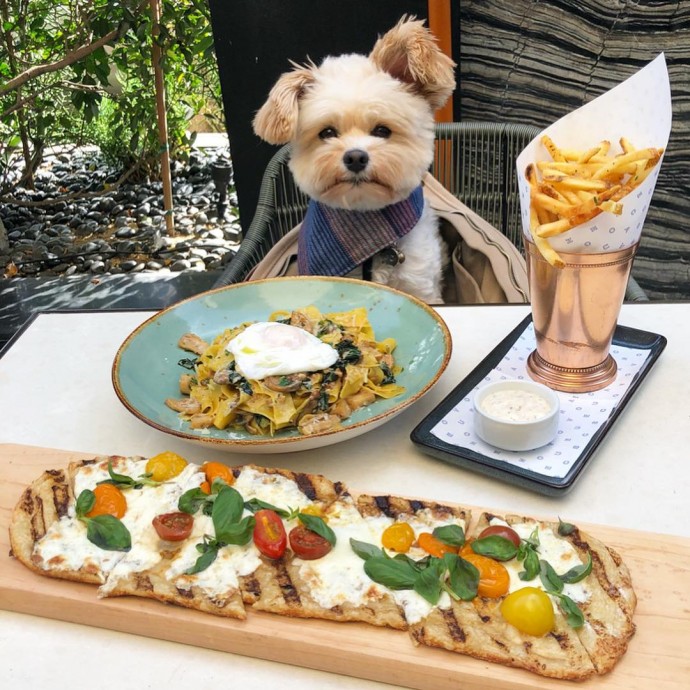 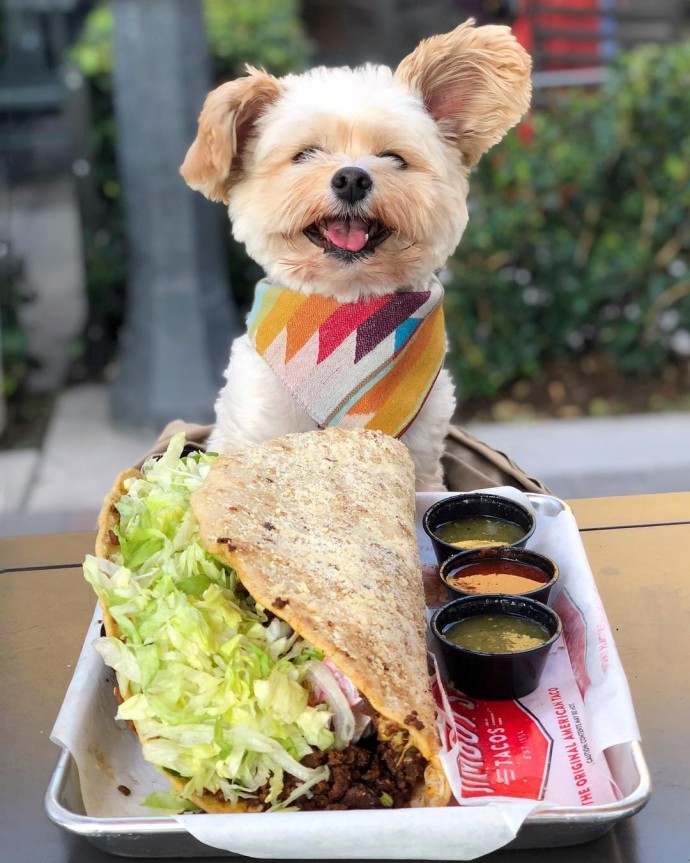 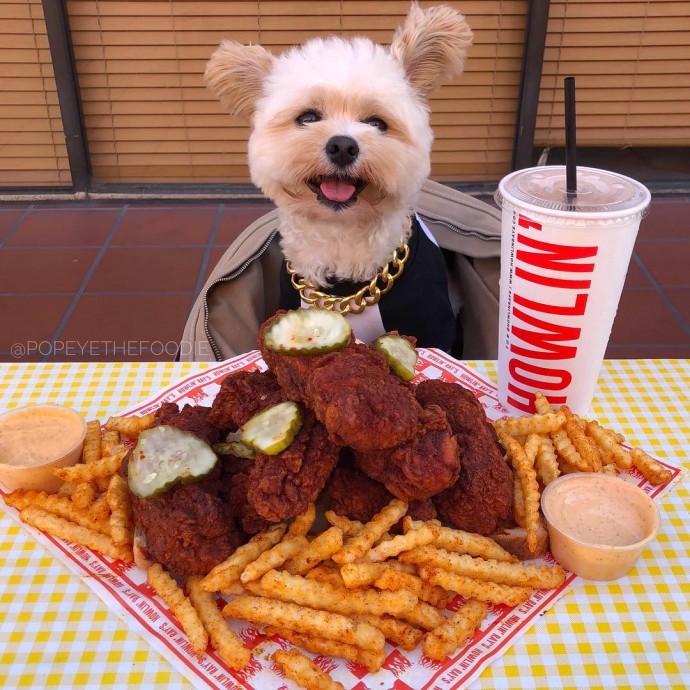 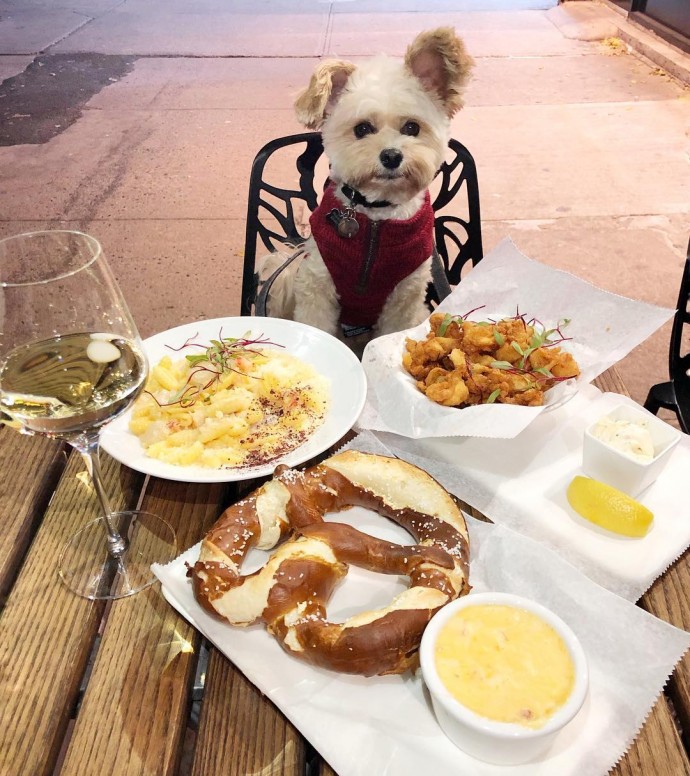 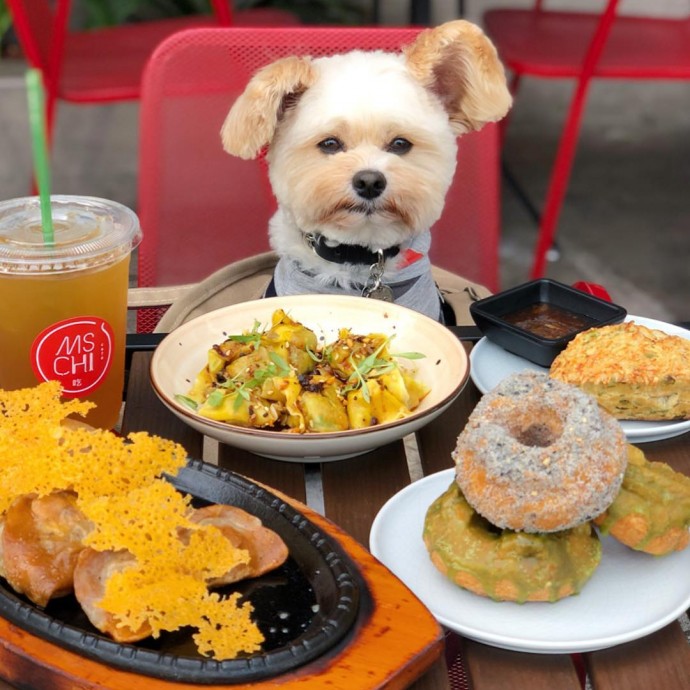 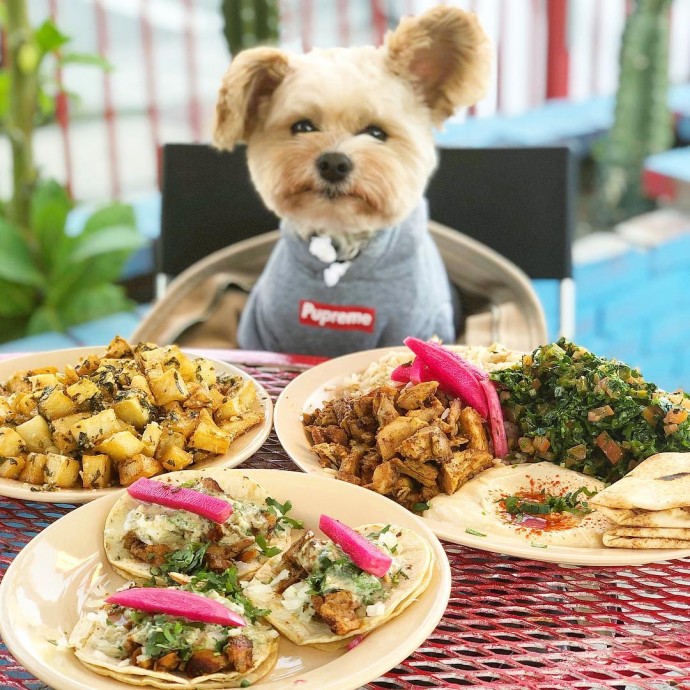 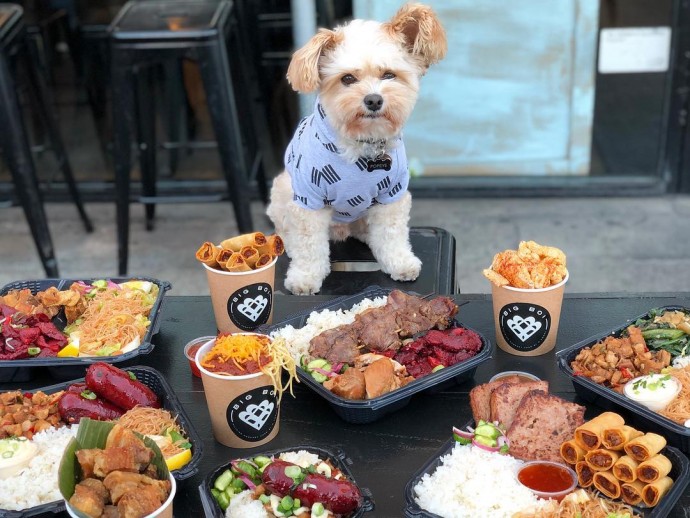 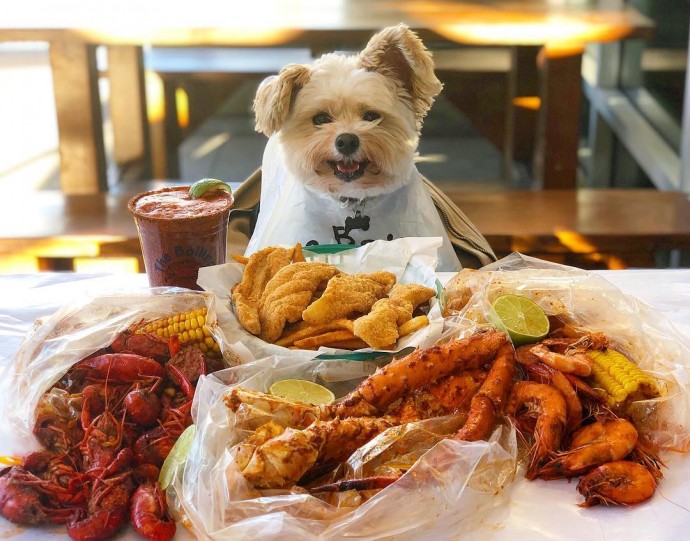 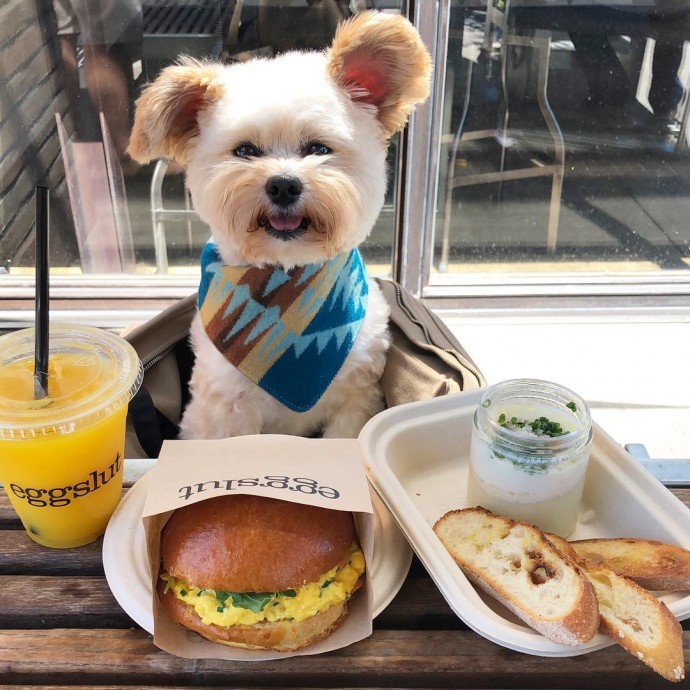 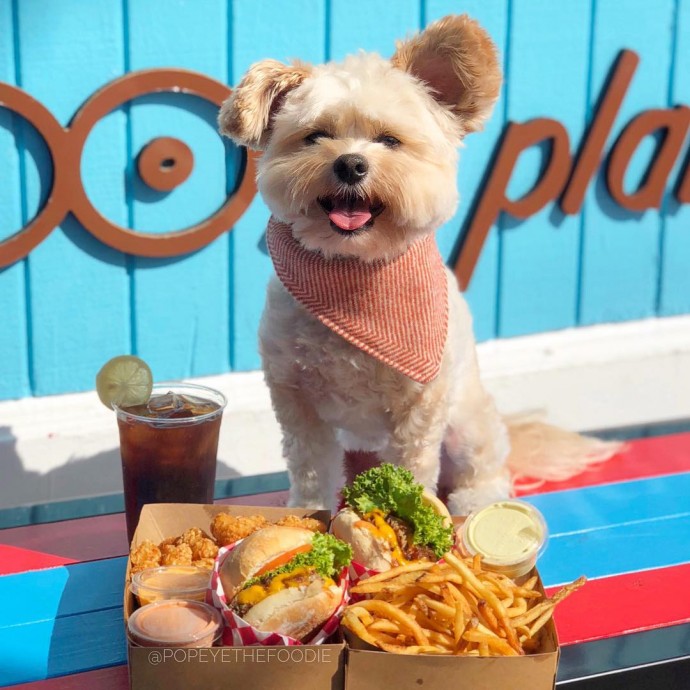