Stepan, abandoned bear living with a human family for 23 years 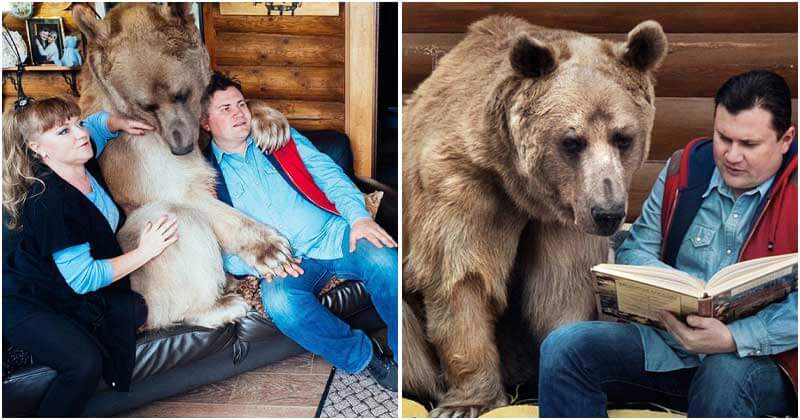 Have you ever heard a human family having a wild bear as a friend. Surely you may not. An amazing couple from Russia is having bear friend for 23 years. They adopted a bear cub 23 years ago and the giant is living with them since then. 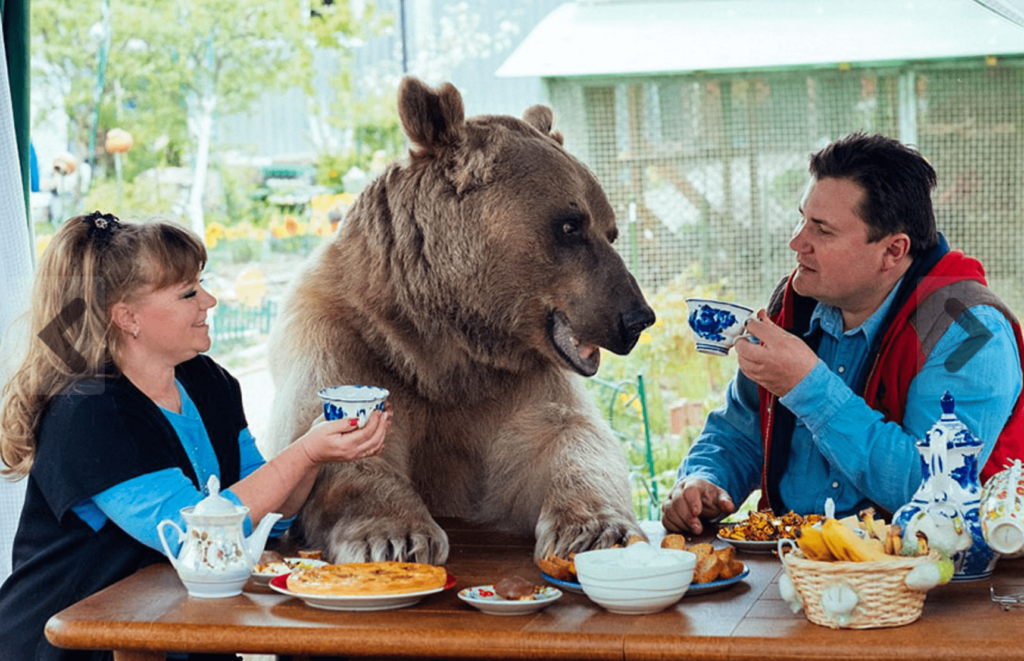 Svetlana and Yuriy Panteleenko got the responsible of little Stepan when he was just 3 months old. Little Stepan was first spotted and rescued in the forest by hunters. At that time poor cub was in very terrible condition and that made the couple to take care of little Stepan and give him protection. 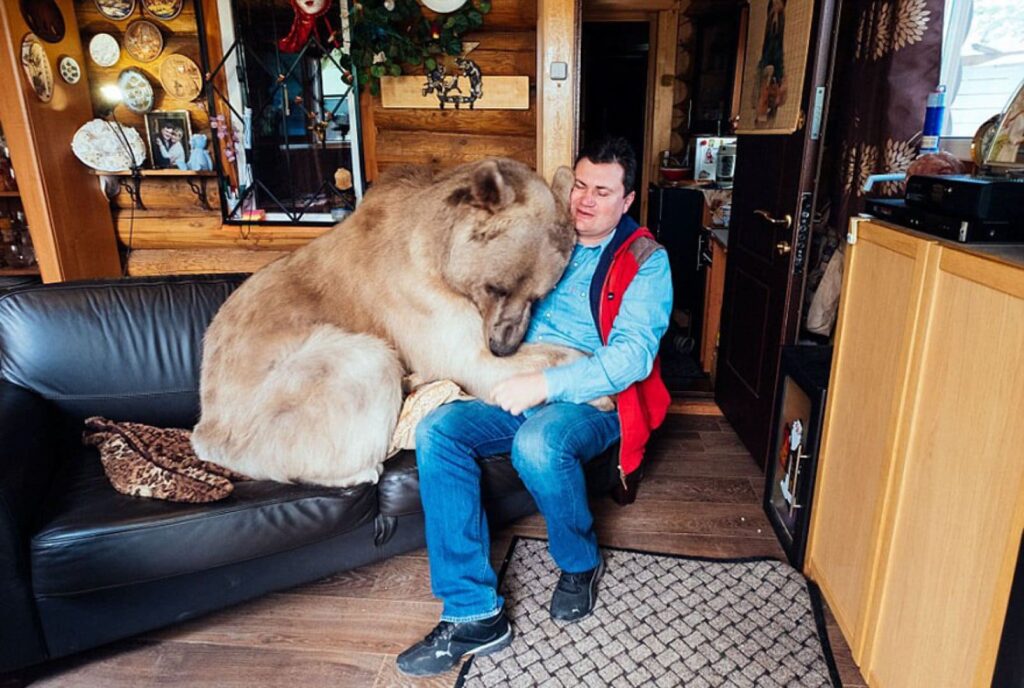 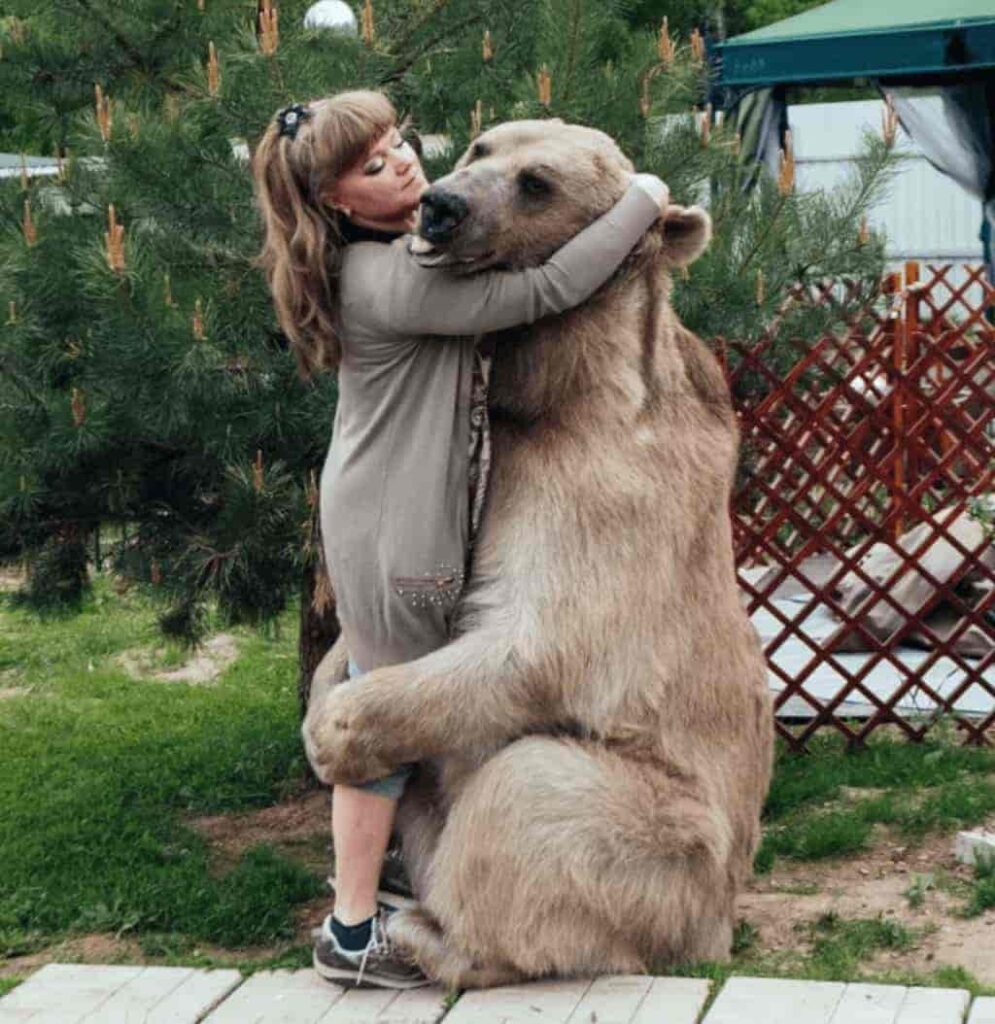 For 23 years Stepan is living with the couple as a family and that bear cub has grown up into a 300lb and 7-foot giant bear. 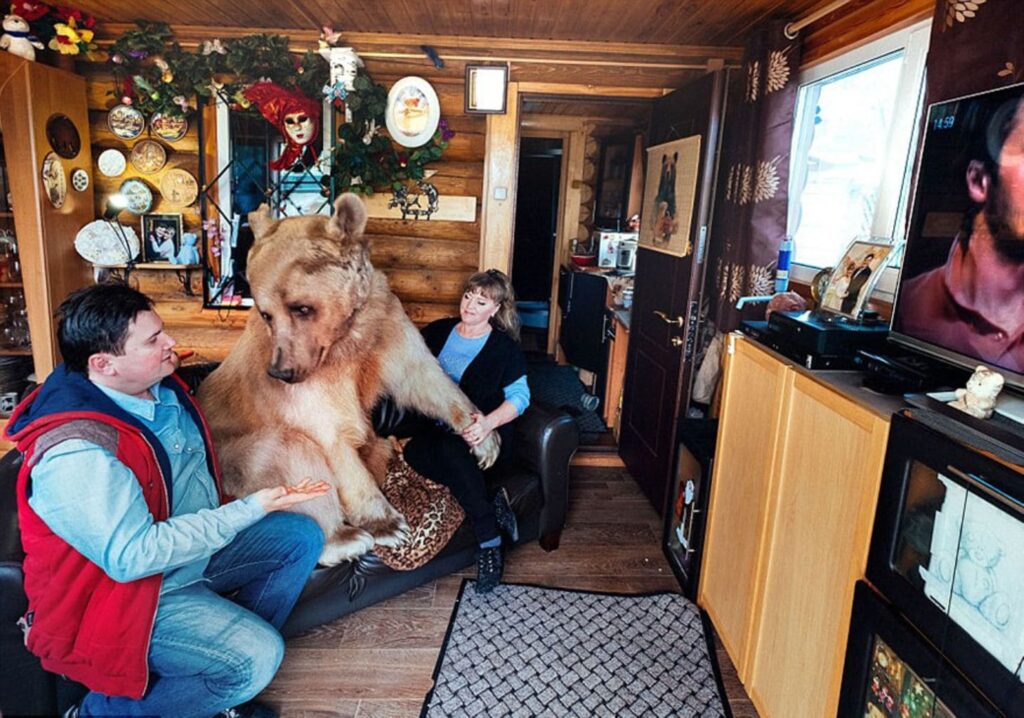 With the time Stepan has grown up adorable and he loves hugging his humans and snuggling on to them. But sometimes people may be scared to him because of his nature and appearance , but truly he is not so. 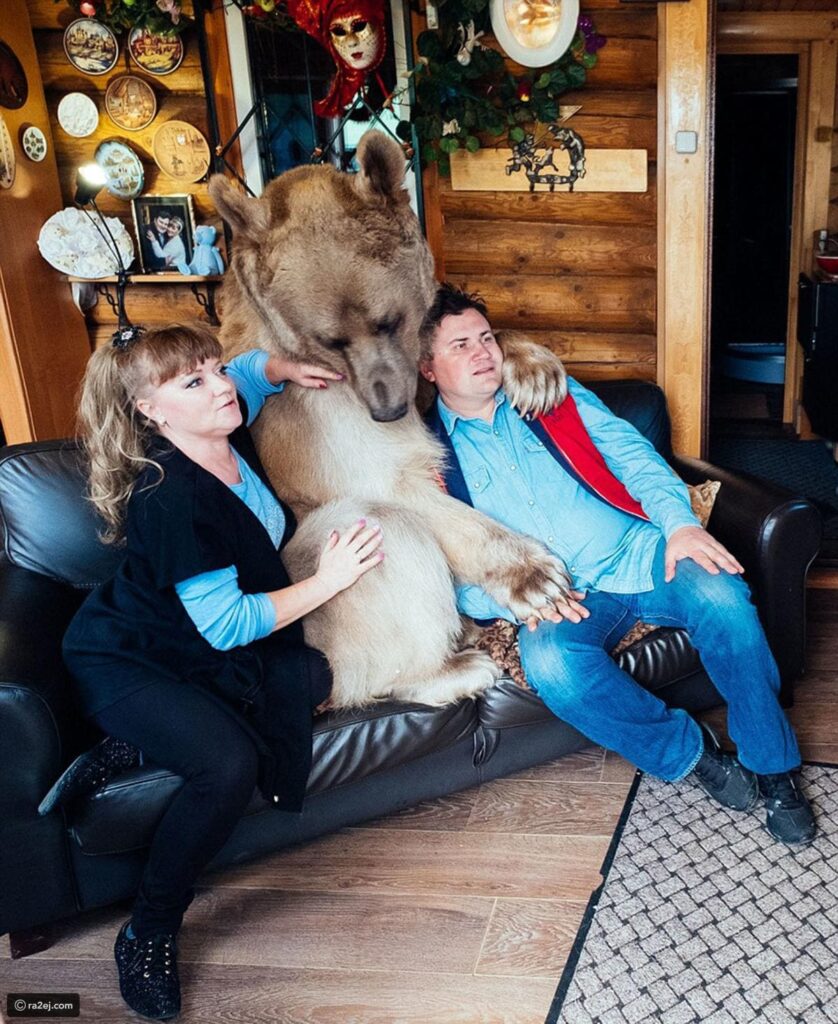 Stepan really enjoy his life with humans and he even helps with housework like watering plants. Moreover this cute bear never hurts the people around him. 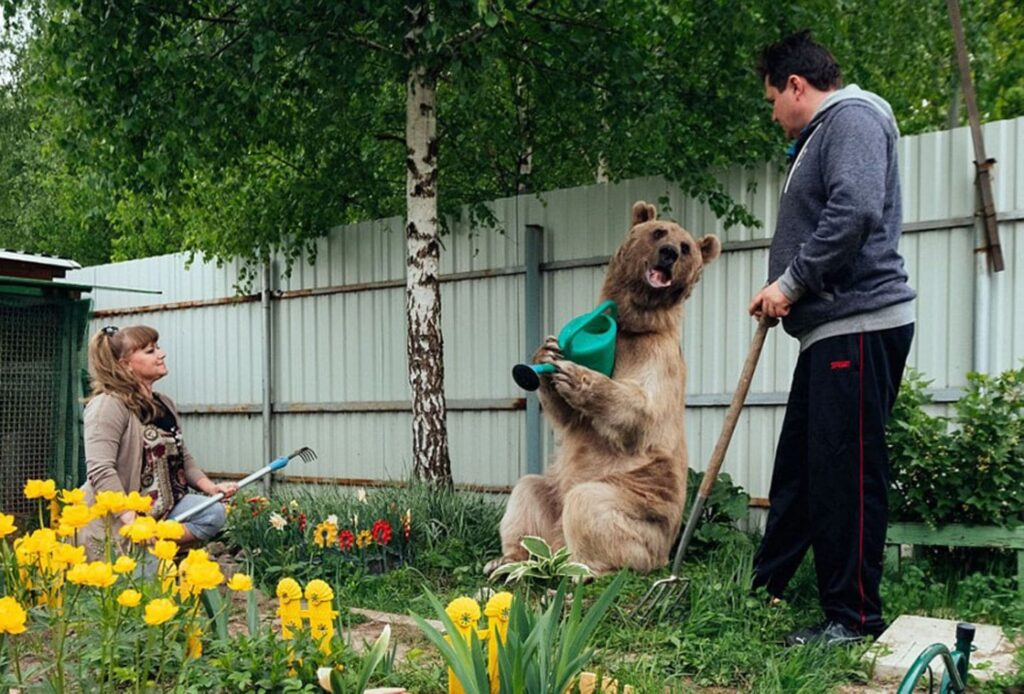 Stepan loves to watch TV with his mom and dad as a hobby and he never misses cuddles from them at that time. 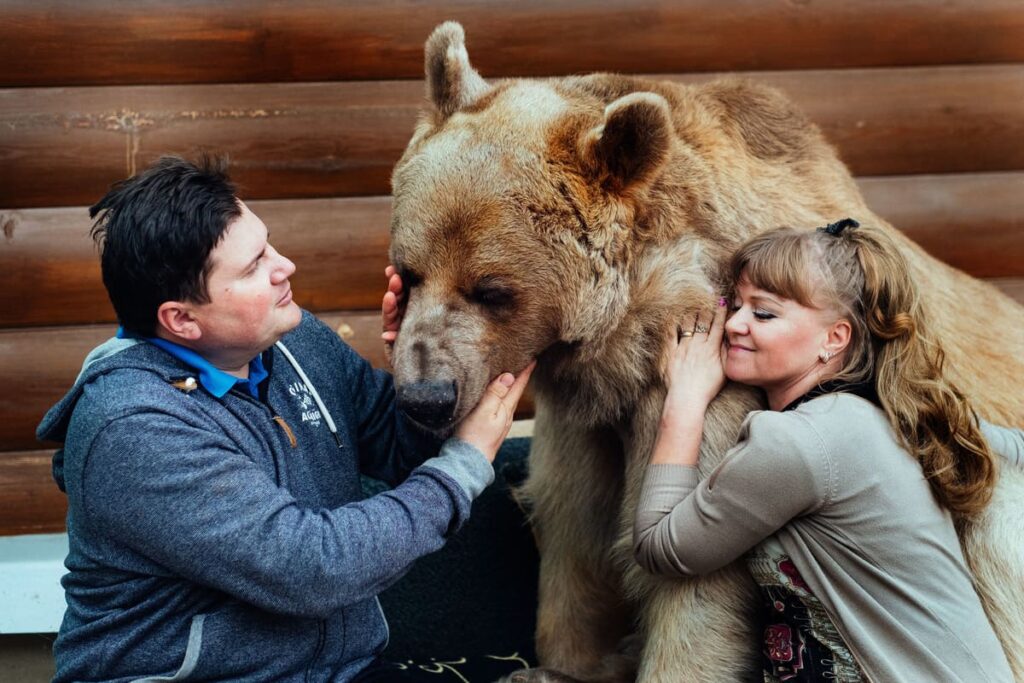 For a single day Stepan takes up to 25kg of fish, eggs and vegetables to feed his giant body and his all time favourite treat is a can of condensed milk. 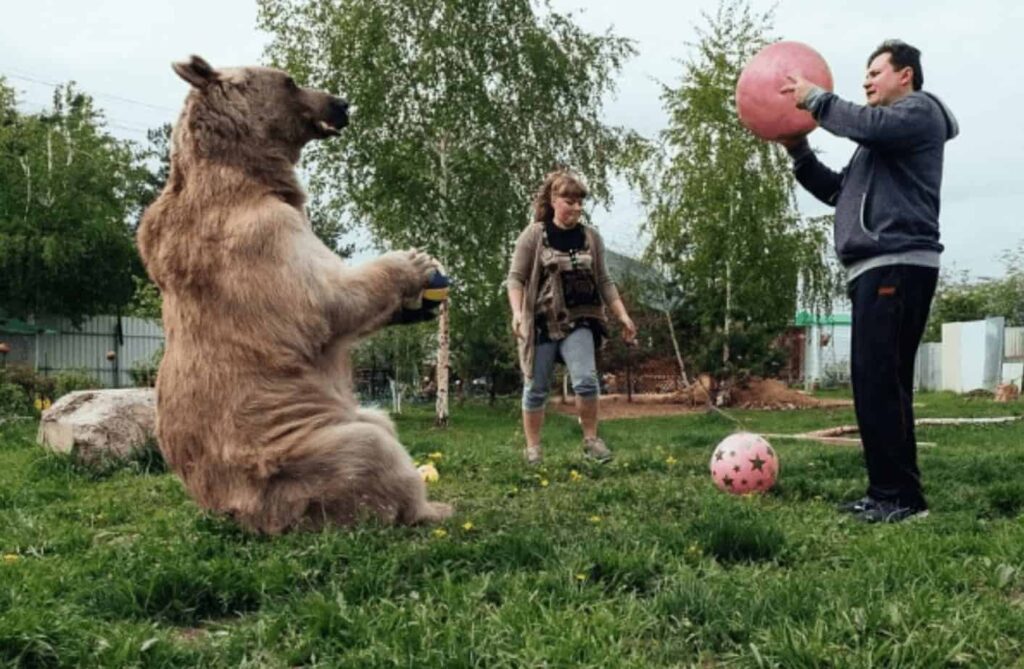 Stepan loves to act as a model for films and photoshoots. Not only that he loves playing football and moving around too. 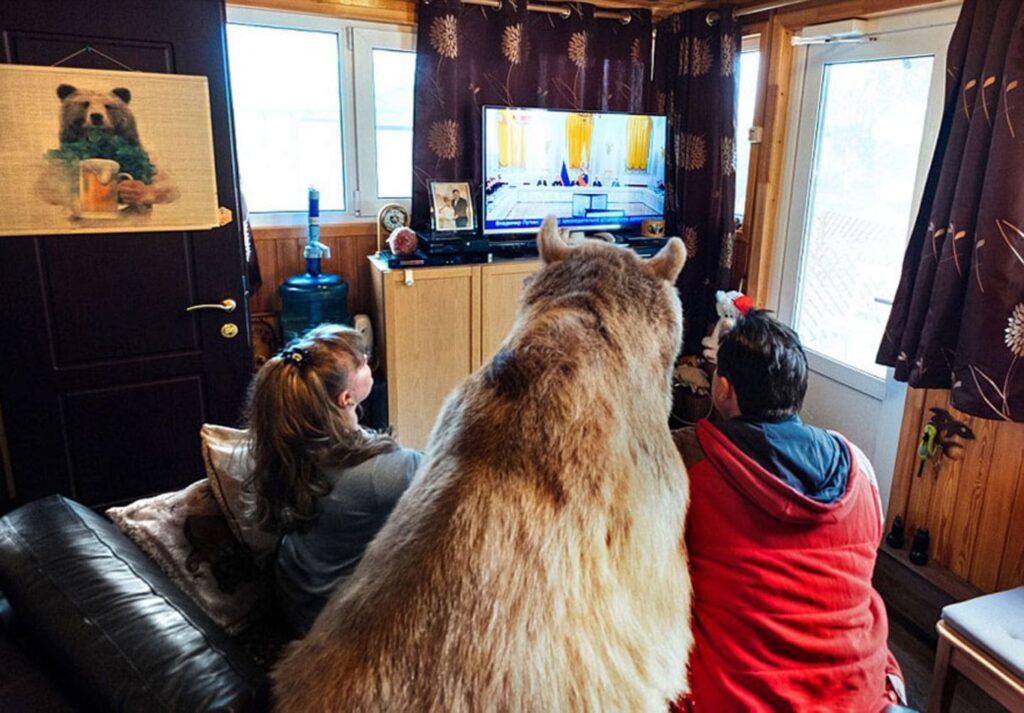 What an amazing giant pet bear! Don’t you love him? Share this post with your family and friends too.