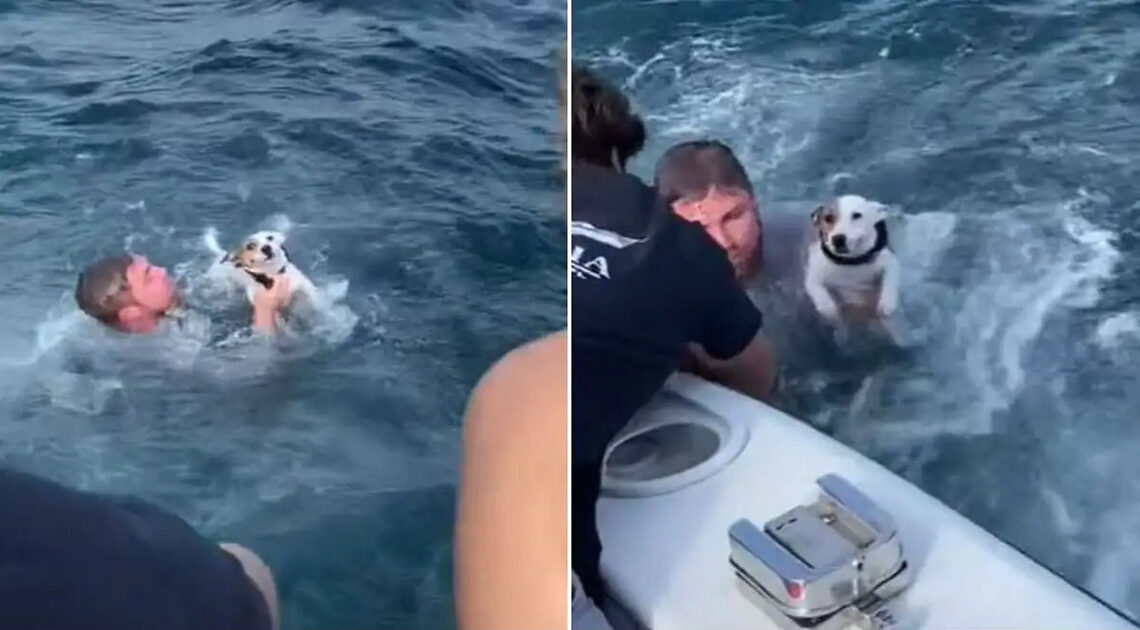 A group of young people who were sailing near the coast of Florida, find a dog swimming and decide to rescue it

While Bryn Crowell and her friends were boating off the coast of Florida, something caught their attention. There was a strange object in the water, so they decided to slow down and turn around to see what it was.

From afar, Bryn and his friends thought it was a hat that some tourist had lost, but when they got closer, everything changed.

“My first thought: wow, that hat looks like a dog! Another second later, I realized it really was a dog!” 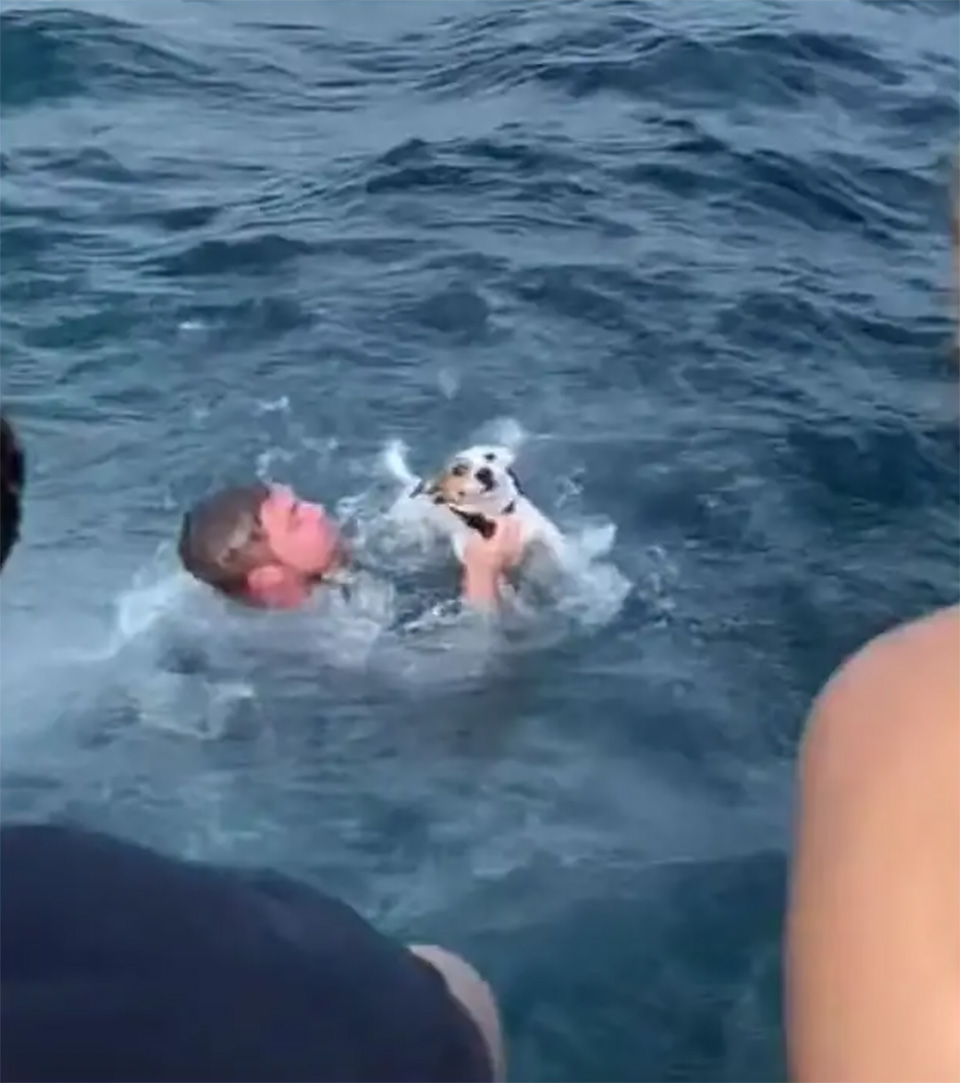 Nobody could explain how the little dog got to this place so far from the coast, but it was evident that he was fighting for his life.

Without hesitation, one of Bryn’s friends decided to jump into the water, caught the dog and carried it to the boat to safety. 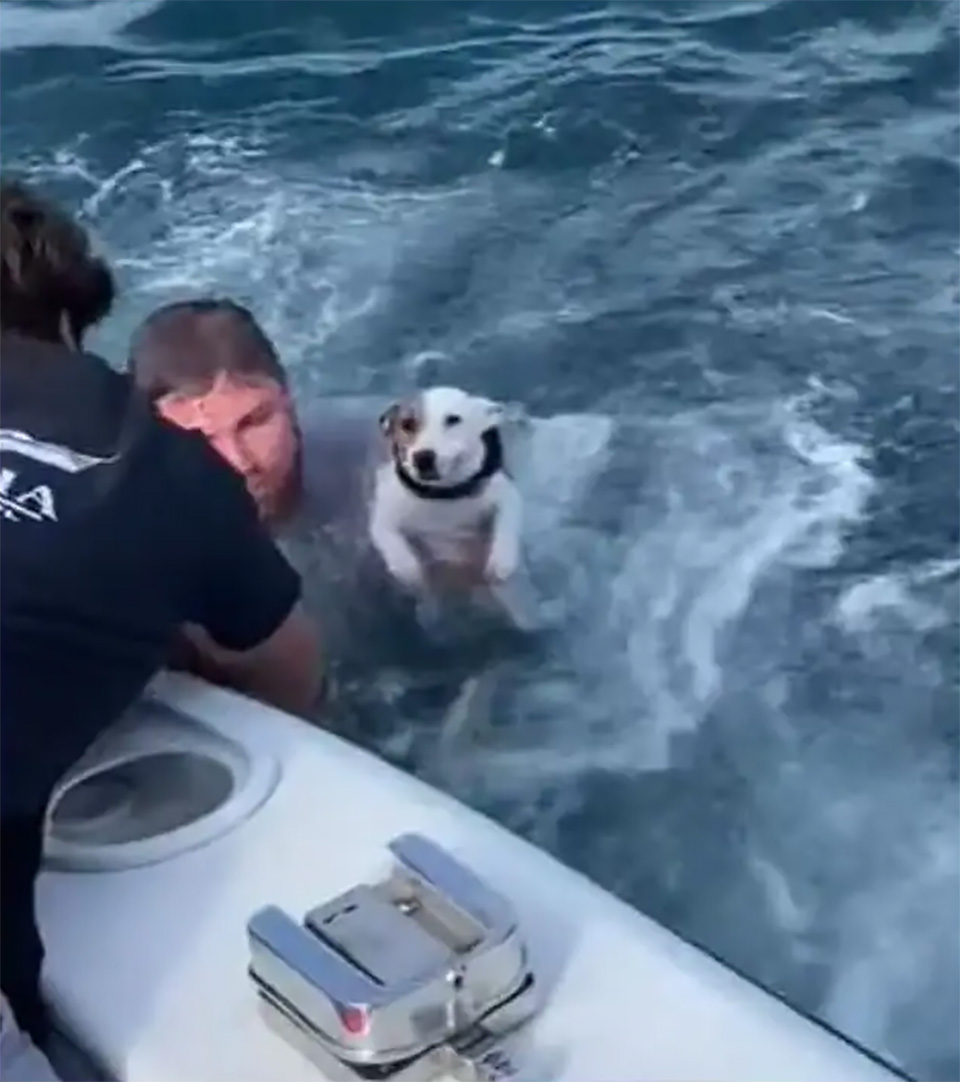 Another friend of Bryn recorded the precise moment of the rescue and decided to post it on social media. The incident was so unbelievable that it quickly went viral.

The little dog was a little scared and shocked, however, he was very lucky to have been found by the group of boaters.

“You could tell he had just swum for his life.”

After checking the dog, the young people noticed that he had a collar with an identification plate and his family’s data. So they decided to call to report his rescue, and in the middle of the phone call they heard that they were crying, upset and bewildered. 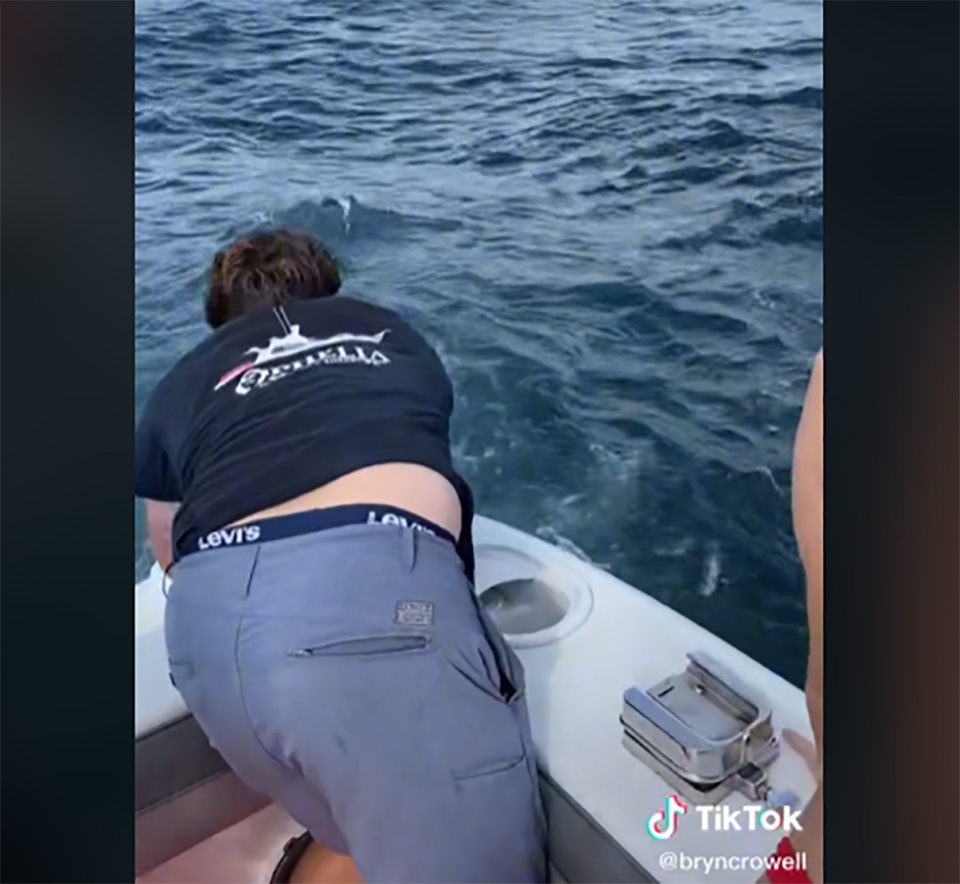 According to the information provided by the family of the dog named Zuko, that day they had been sailing in a boat and took their dog. It was Zuko’s first time sailing, so he was very excited and jumped every time a wave crashed against the ship.

Somehow, the little dog fell overboard without his family noticing, and they thought he was hiding on the boat. 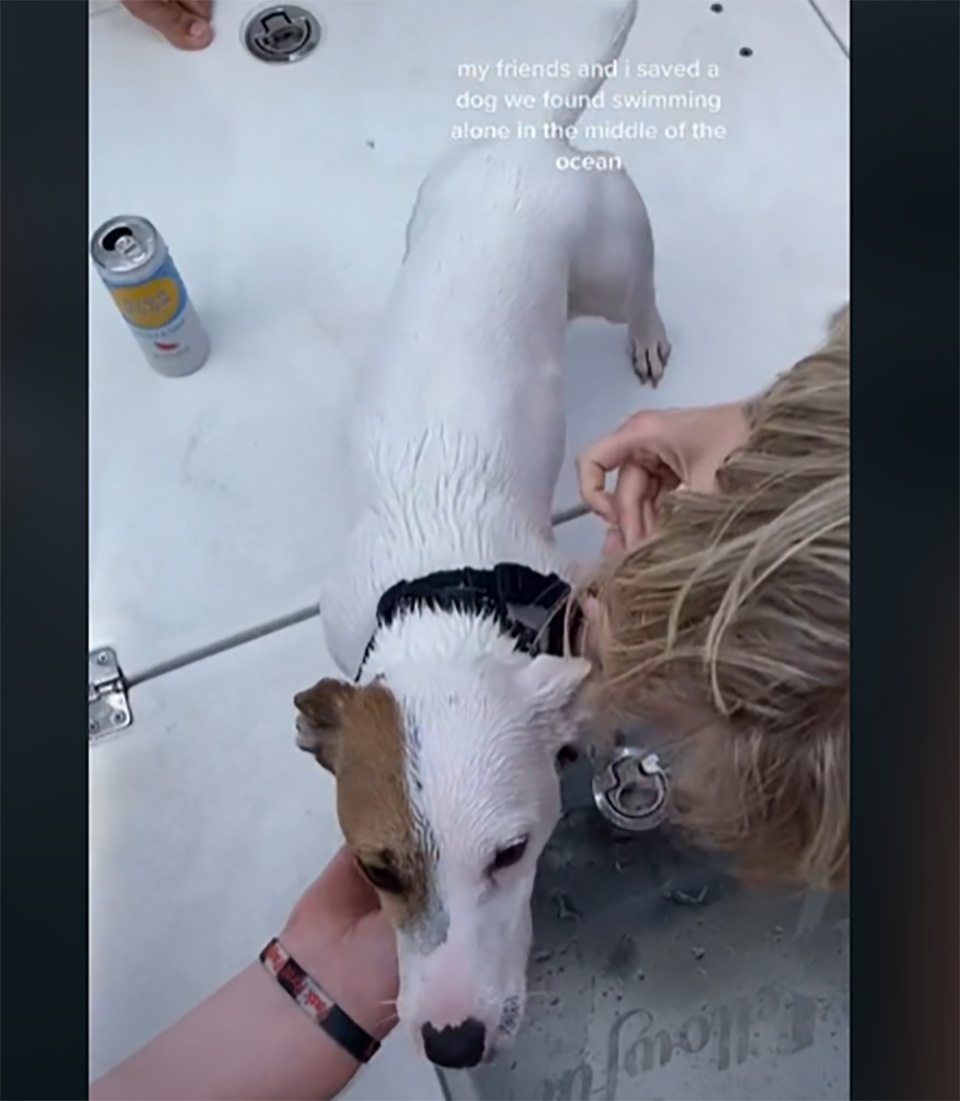 After searching for it for a few minutes, they did not find it, so they decided to return to go through the areas where they had navigated. Unfortunately, they didn’t pan out, but thanks to Bryn and her friends, Zuko got a second chance at her life.

“When we got back to Zuko, we could see [his owners] hugging him and crying.” 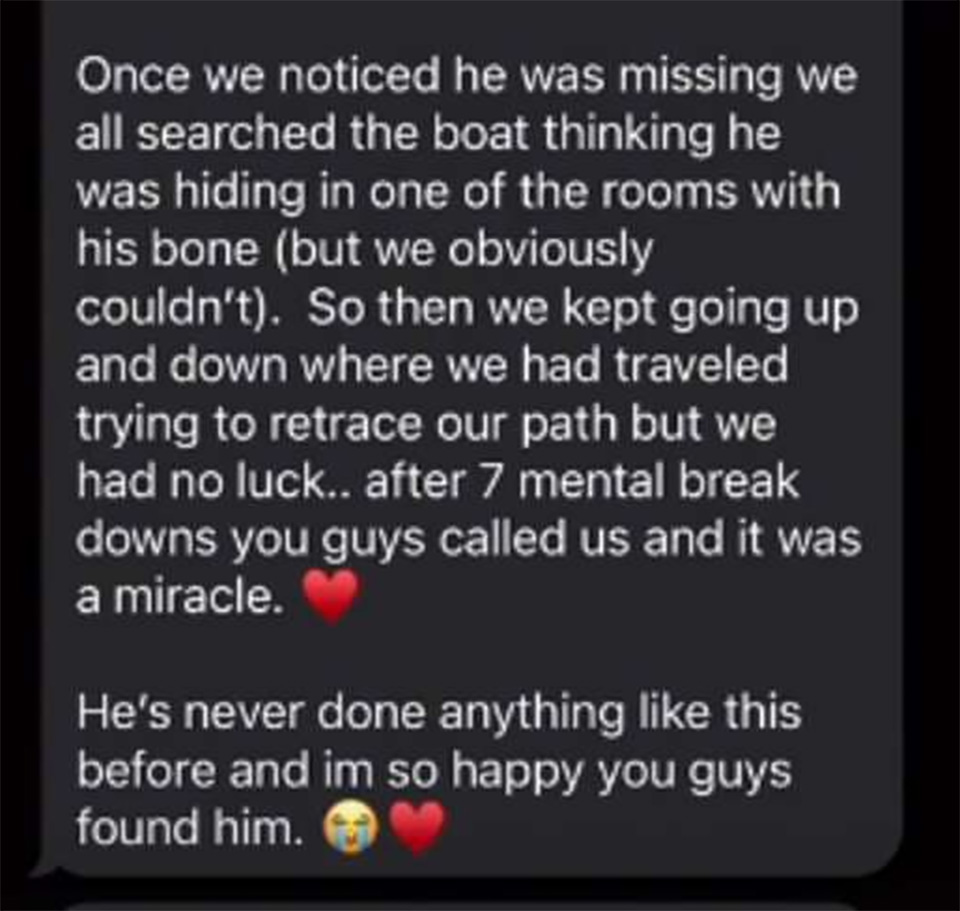 Zuko’s family sent a message of thanks to their new heroes and explained the difficult times they had spent without their puppy. In addition, they added a photo where you can see that they bought a life jacket for Zuko, which will ensure his safety in the water.

Despite having been swimming alone in the ocean, Zuko was in perfect condition, and the vet only recommended that he drink plenty of water. 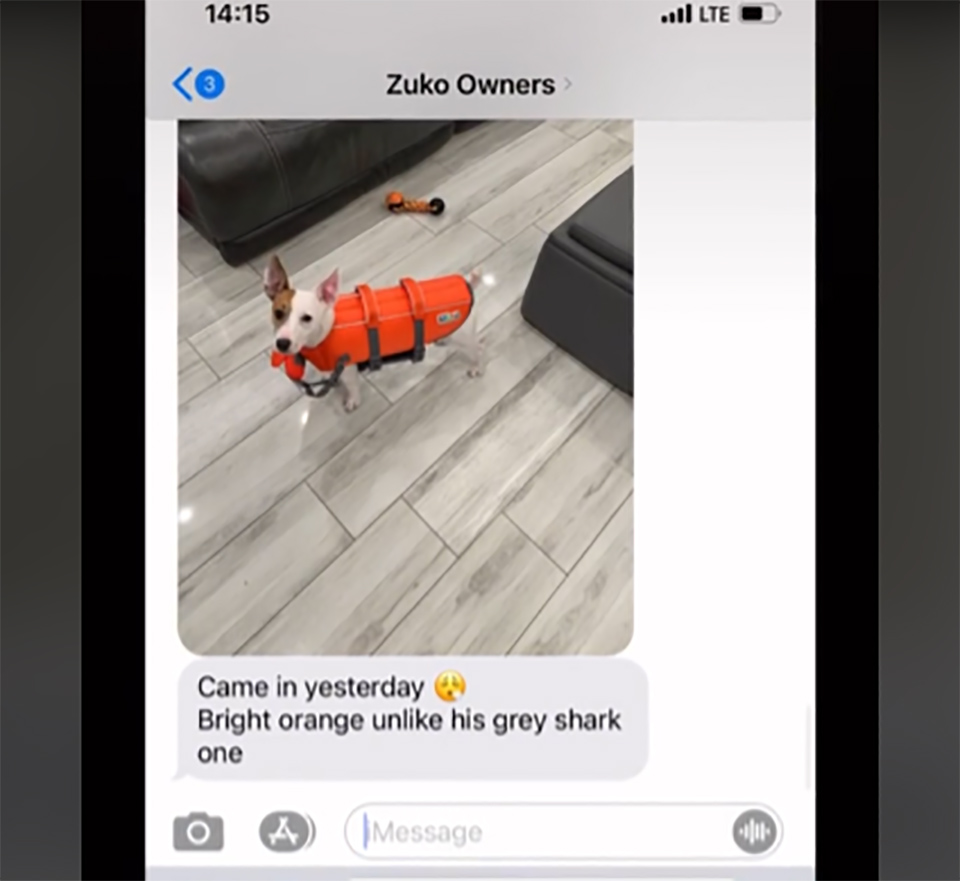