The Willis Family, Made Up Of His Current Wife, Ex-wife Demi Moore And Their Five Daughters, Got Ahead Of The Holiday Festivities 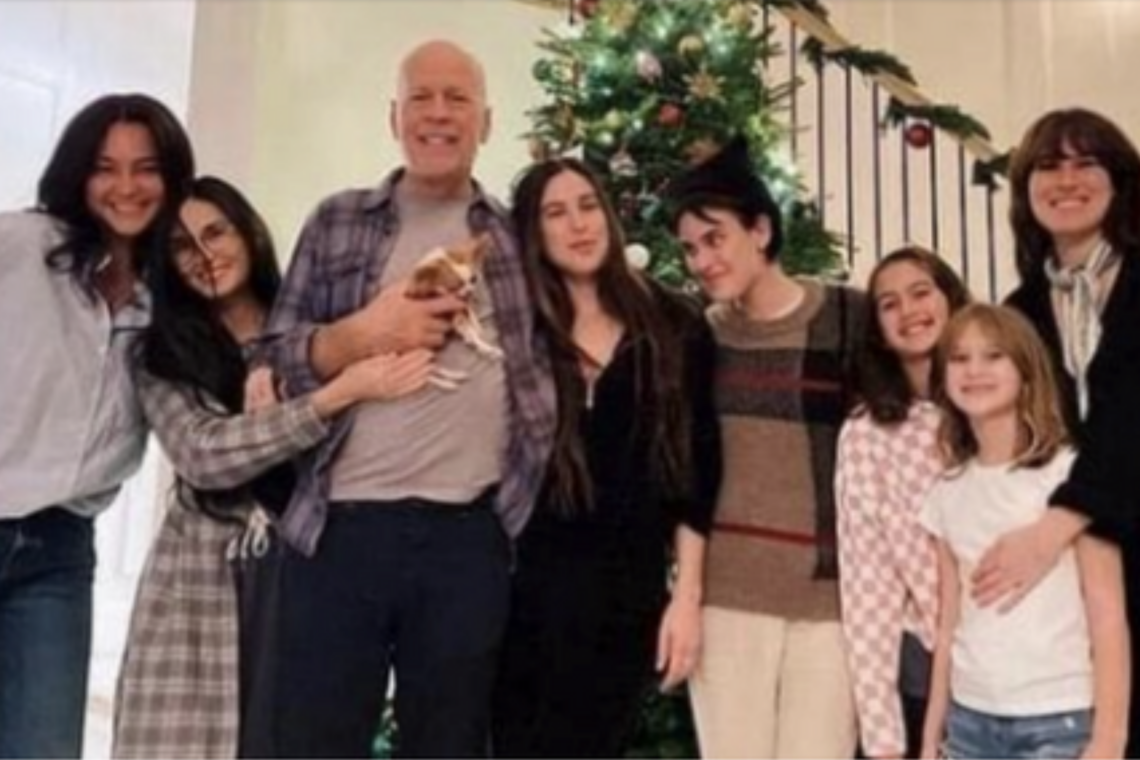 Bruce Willis has revealed his retirement from acting because he suffers from aphasia, a language problem caused by injury to the part of the brain that is responsible for both the production and comprehension of speech.

Whilst the last few months have been difficult for the family his wife Emma has been taking good care of him.

However, the diagnosis has brought the family closer together as they fight the disease. 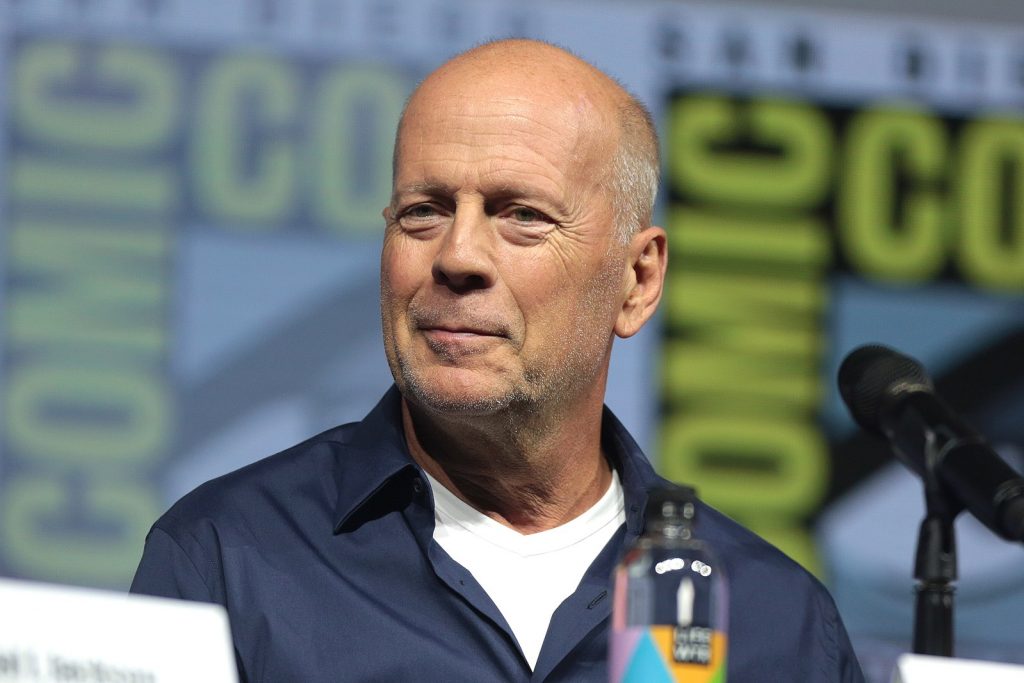 Willis reportedly does not venture far from his home and spends most of his time in his own head.

This shocking news that the Bruce Willis we all know and love is struggling to be the badass he once was startled the world. The beloved actor, who has acted in such films as Die Hard, Pulp Fiction, and The Sixth Sense, has completed filming his last ever role at the young age of 67.

“To Bruce’s amazing supporters, as a family we wanted to share that our beloved Bruce has been experiencing some health issues and has recently been diagnosed with aphasia, which is impacting his cognitive abilities. As a result of this and with much consideration Bruce is stepping away from the career that has meant so much to him,” the family wrote in a statement on Instagram. 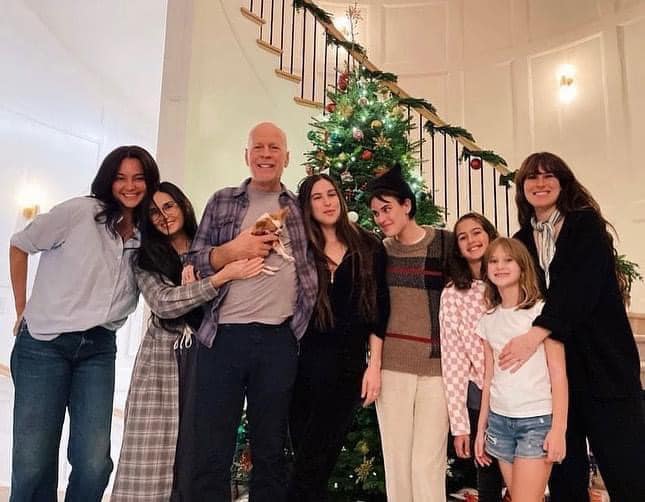 “This is a really challenging time for our family and we are so appreciative of your continued love, compassion and support,” the statement continued. “We are moving through this as a strong family unit, and wanted to bring his fans in because we know how much he means to you, as you do to him. As Bruce always says, ‘Live it up’ and together we plan to do just that. Love, Emma, Demi, Rumer, Scout, Tallulah, Mabel, & Evelyn.”

Only a week after his last film, Bruce made the decision to leave the acting business for good.

Fox Baltimore, Dr. Duane Campbell, Chief of Neurology and Director of the Stroke Center at MedStar Health, explains aphasia as a feeling of being “trapped.”

“It’s extremely frustrating because people feel trapped. I mean so much of quality of life is the ability to express yourself and communicate,” he said.

“If you can imagine all your families around and you can feel what’s bothering you – you know, what’s going on – and they’re speaking to you and you can’t understand what they’re saying to you. It’s extremely frustrating. It’s very isolating that effectively, it’s like you speak your own language and no one else understands you. So that’s very debilitating.” 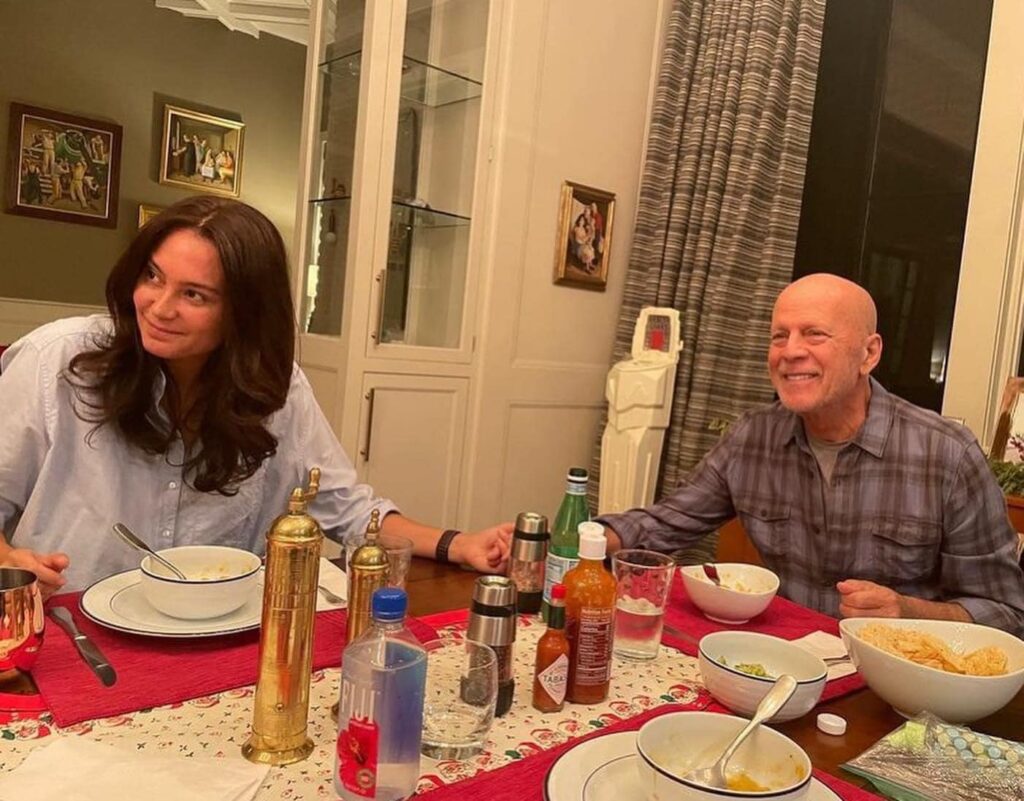 Bruce Willis is currently being cared for by his wife Emma and their children. But she faces challenges at every turn. Emma told The Bump that caring for her family and the property had affected her health.

“Someone told me not long ago that when you over-care for someone, you end up under-caring for yourself. That stopped me in my tracks and really resonated with me,” Emma explained.

On what may be his final Christmas, Bruce Willis spends time with family and friends.

“We are FAMILY!! Getting into the holiday spirit!” wrote Demi Moore on Instagram.

In preparation for the holidays, Willis and his family (current wife, ex-wife Demi Moore, and their five daughters) went on a trip. 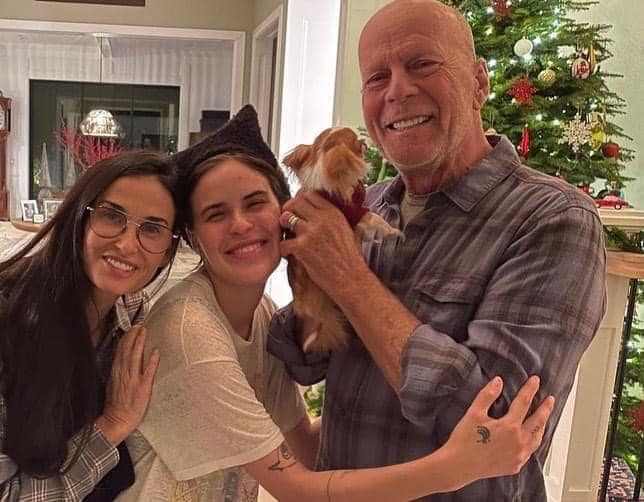 Primary progressive aphasia worsens over time. Many people with PPA eventually lose their language skills over many years, limiting their ability to communicate. Most people who have the condition live up to 12 years after their initial diagnosis. Eventually, many people need daily support with their usual activities.

Unfortunately, this disease currently has no known treatment.

Let’s pray that Bruce Willis gets to see many more Christmases!