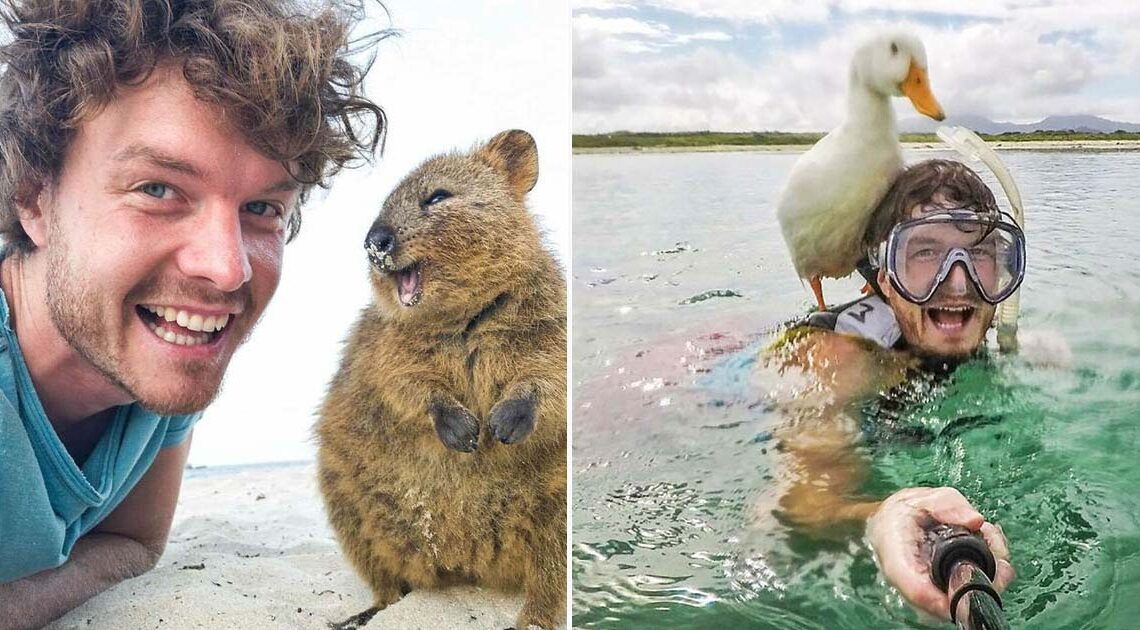 Irish photographer and adventurer Allan Dixon is known the world over for mastering the art of taking pictures with many exotic animals. He has gained so much popularity that he has been affectionately nicknamed “Animal Whisperer”, a perfect nickname to accompany photos with quokkas, camels, kangaroos, sea lions, etc.

The man began his crazy adventure in 2015 and since then he has traveled to many parts of the world collecting funny photos to share on the internet.

But, a perfect selfie is not just laughter and games, a process that can last between five minutes and three hours must be carried out.

This guy seems to be friends with all animals 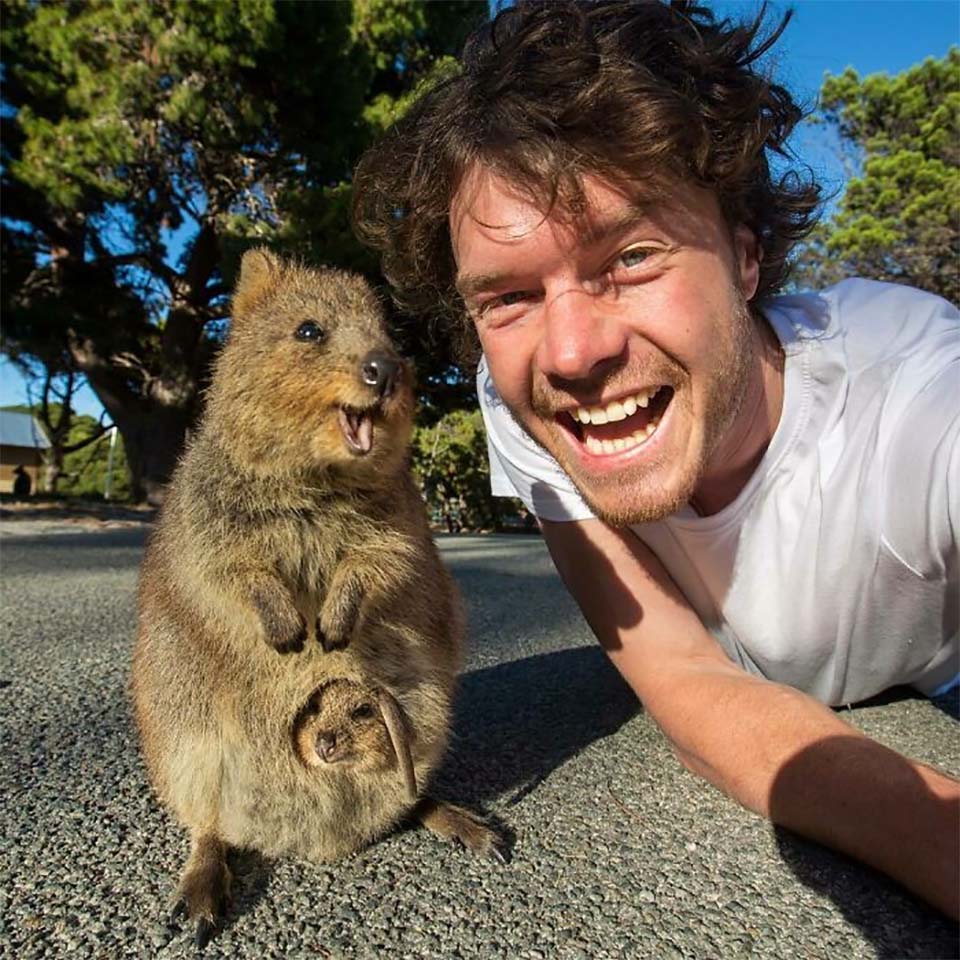 In addition, the man must socialize with the animal to gain its trust, and in this way be able to capture a beautiful photograph. 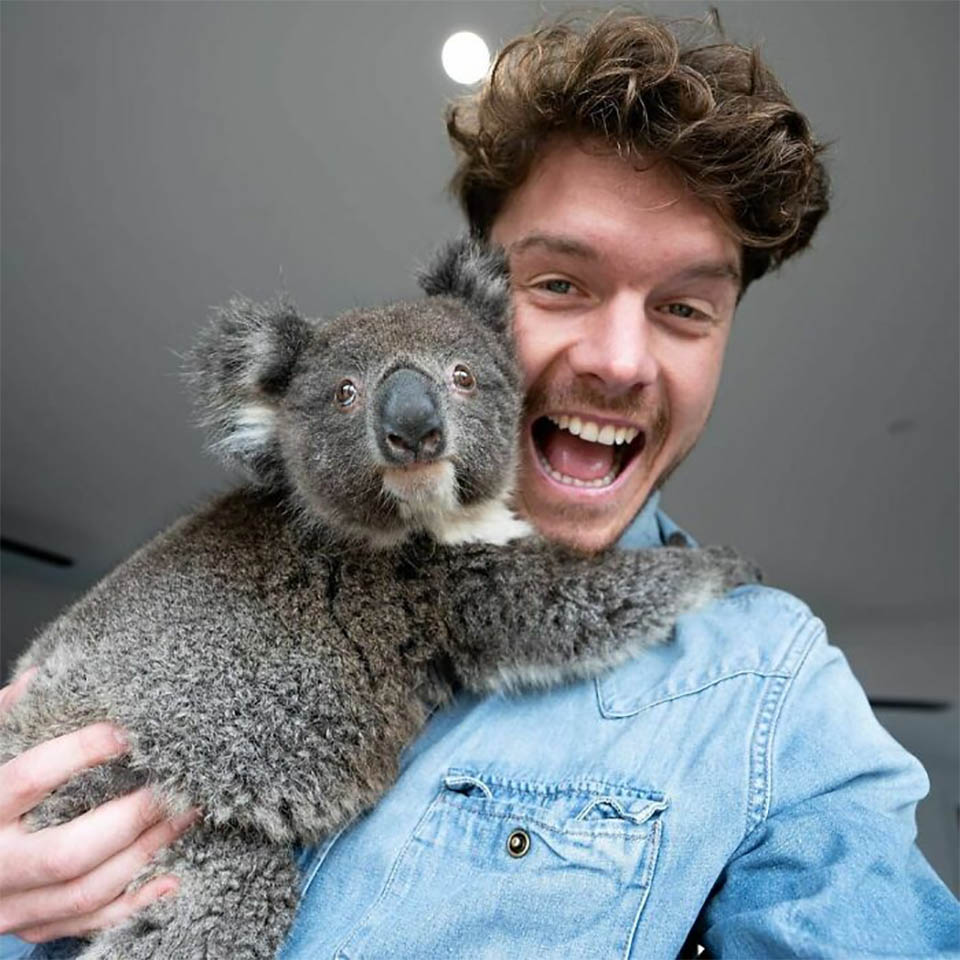 Without a doubt, Allan’s wonderful animal world captured in selfies has managed to show all the similarities that humans and wild animals have. From the smile, the facial expressions and the genuine joy that you can’t fake when posing for a fun instant photo. 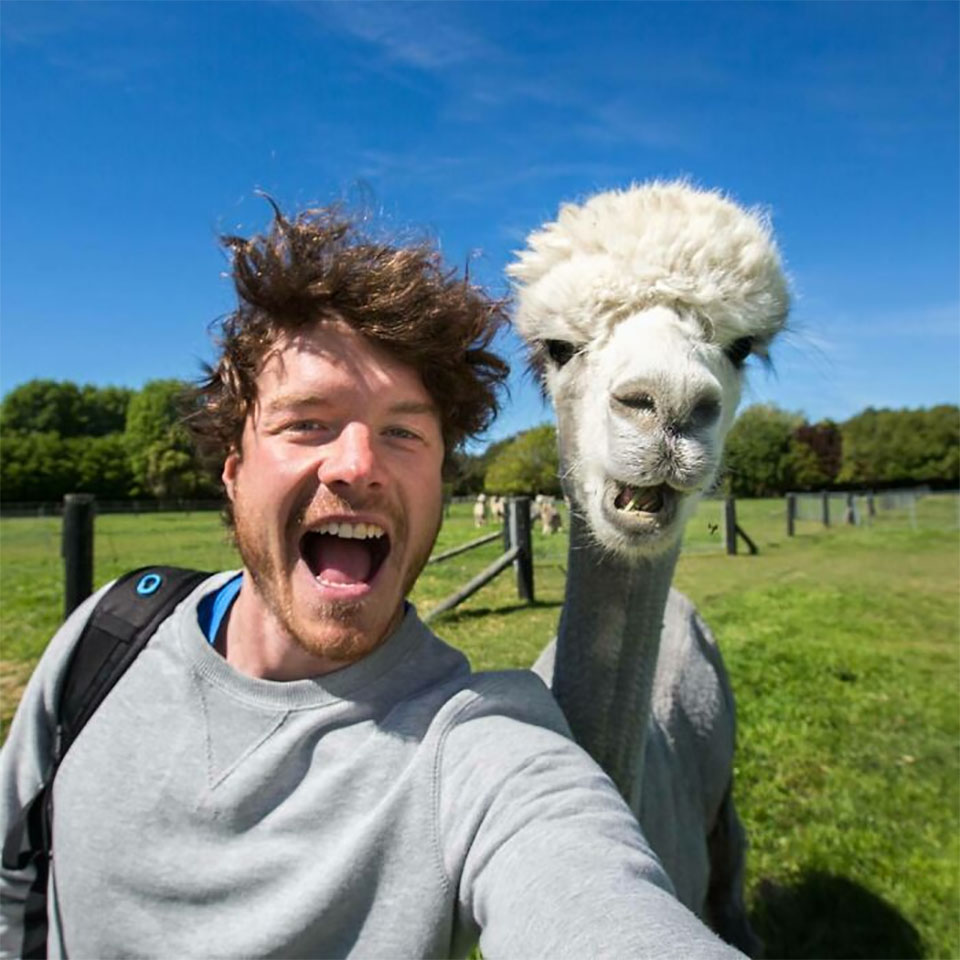 Due to his fame, Allan has been approached by various media outlets asking him what it takes to take the best animal selfie. 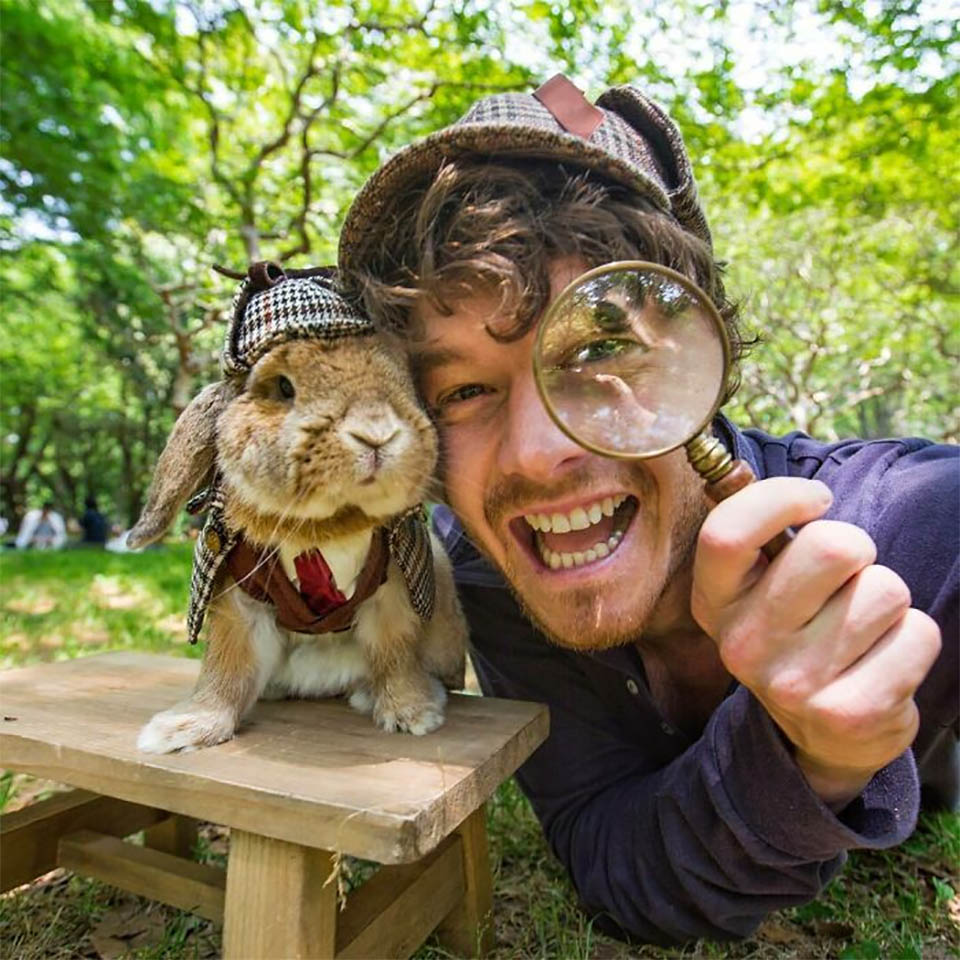 Allan does not hesitate to serve them and also made it clear that his photographic project has become something more than just simple photos with animals.

“My selfies got animals adopted, helped conservation and raised tens of thousands in donations. It means everything to me and has become my life. Purposeful stuff that gives you the feeling that you’re making a difference.” 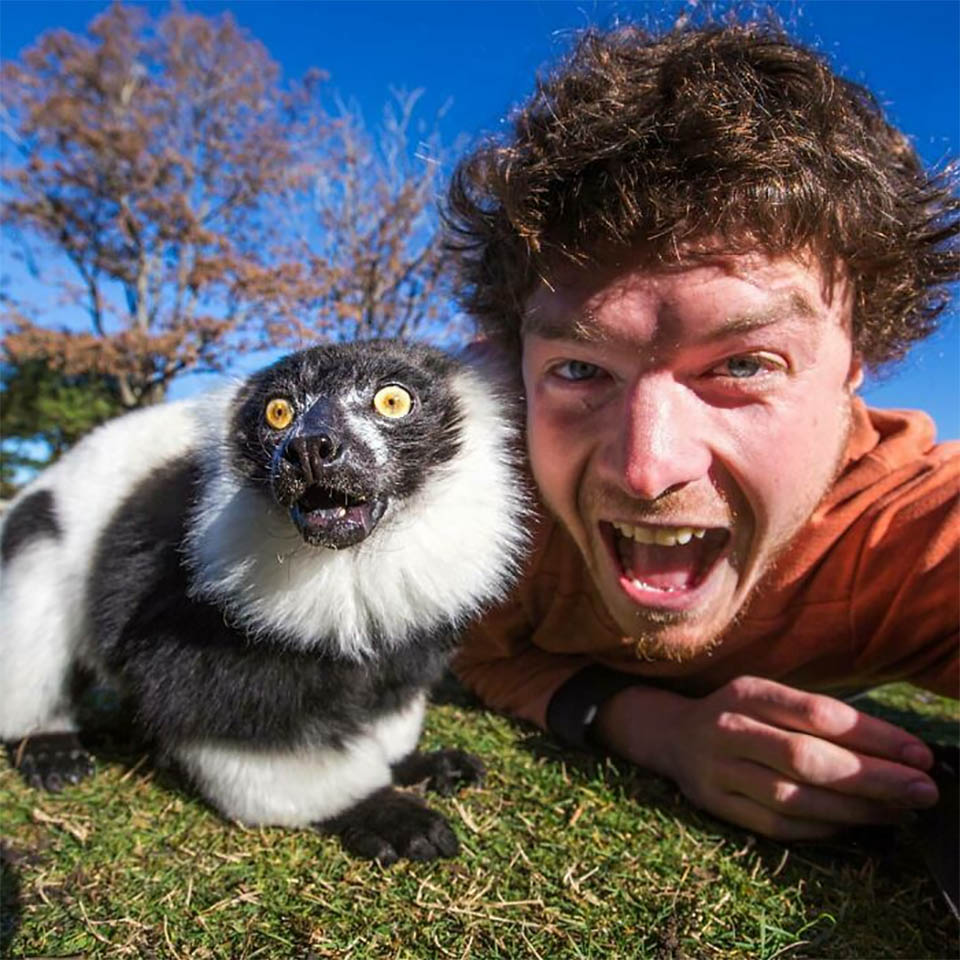 Thanks to his work, the man receives thousands of messages from people from different parts of the world who say they want to work with animals.

“To them I say, anyone can do it, reach out and offer your help. Even if you can inspire one person to make a change, you’re on the right track.” 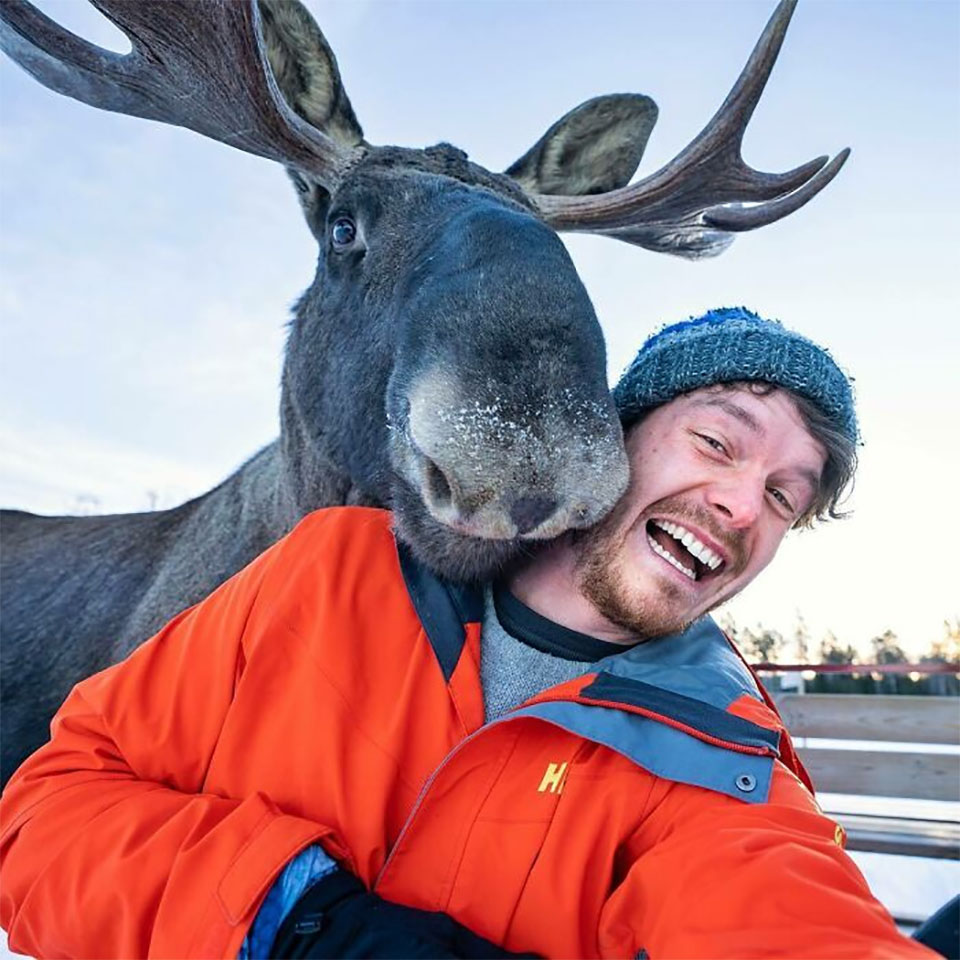 The photographer always tries to remind all his followers and the internet public that behind each photograph there are animals that really need help.

Although animal content is loved on the internet, there are not enough people dedicated to changing real life for many of these animals. Therefore, Allan urges everyone to help transform the lives of wild animals, whether by donating, helping or offering their skills. 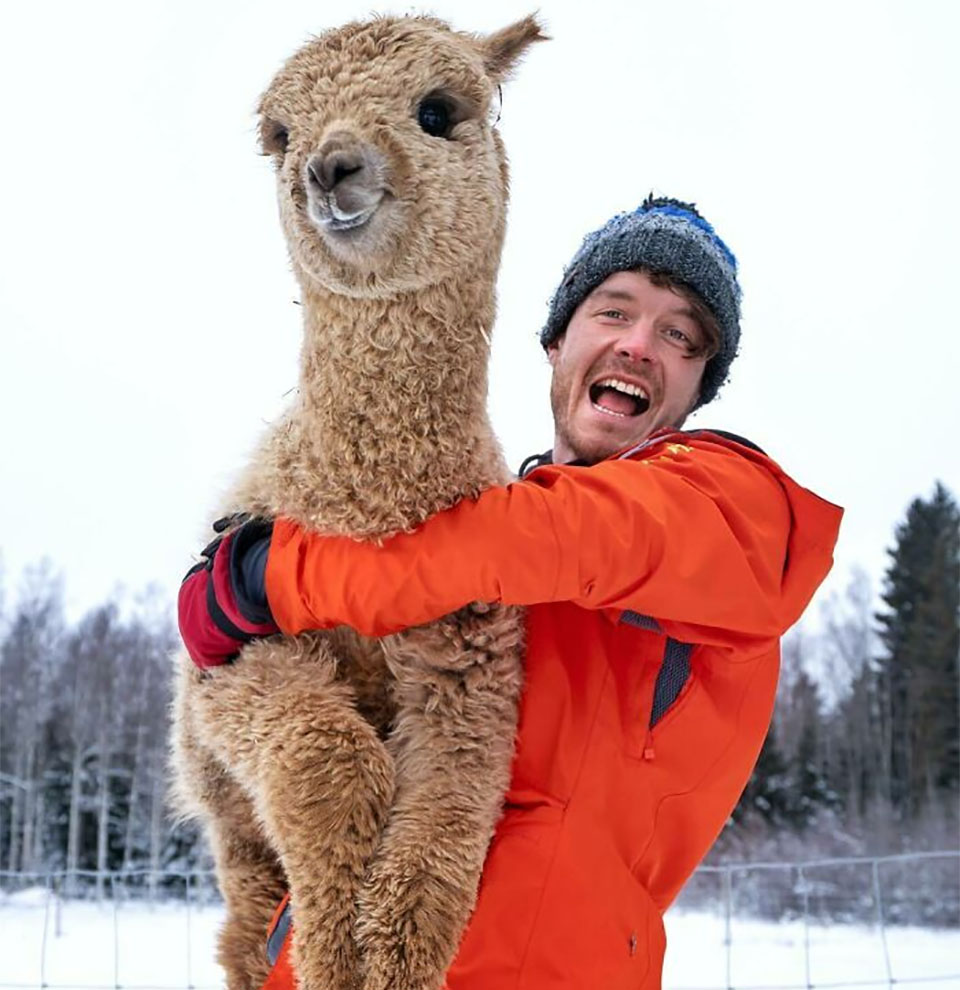 The truth is that Allan’s photographs have managed to positively impact people, and the most important thing is that he manages to leave a message. 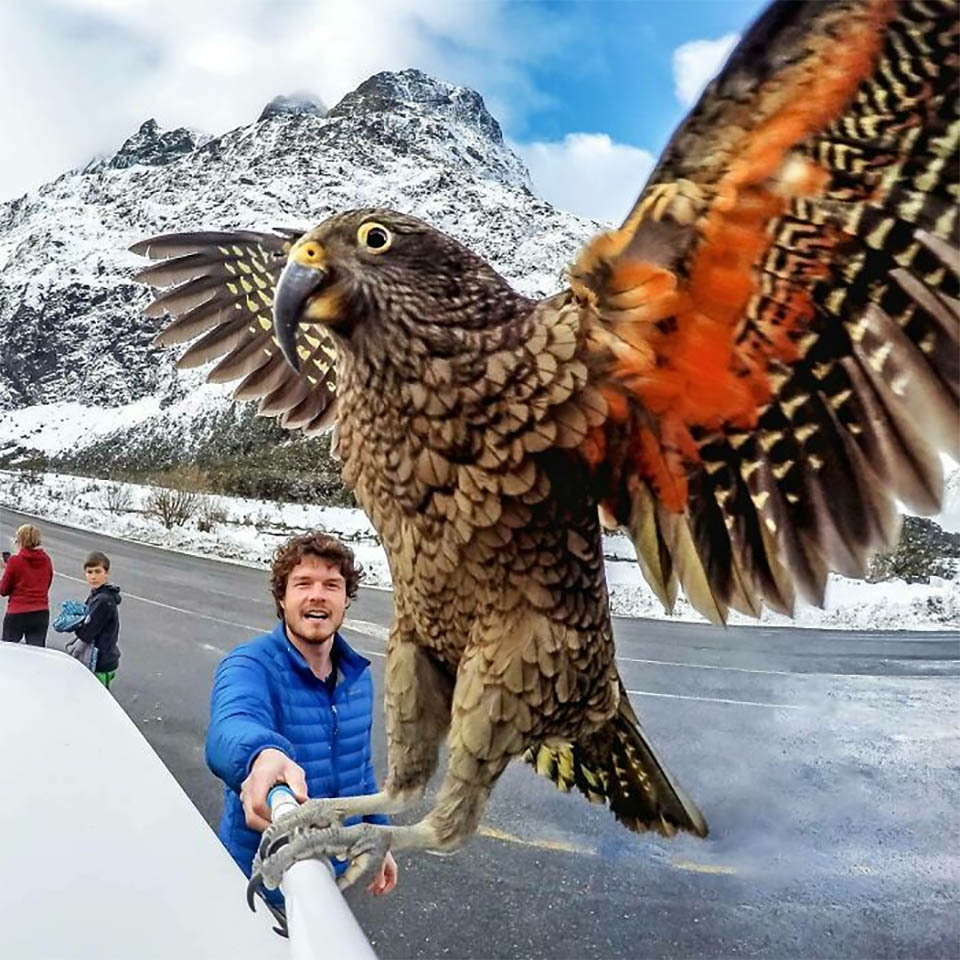 Allan has been much more focused on personal business and his YouTube channel as he has been unable to travel due to the pandemic.

“Of course I’ll still be taking animal selfies, but the whole Covid thing has really messed up people’s travel plans.” He also said that very soon people will know about a very big project that he is working on, but he cannot talk about it much. For now, we will continue to enjoy the beautiful photographs and the beautiful relationship that this man has managed to achieve with each animal. 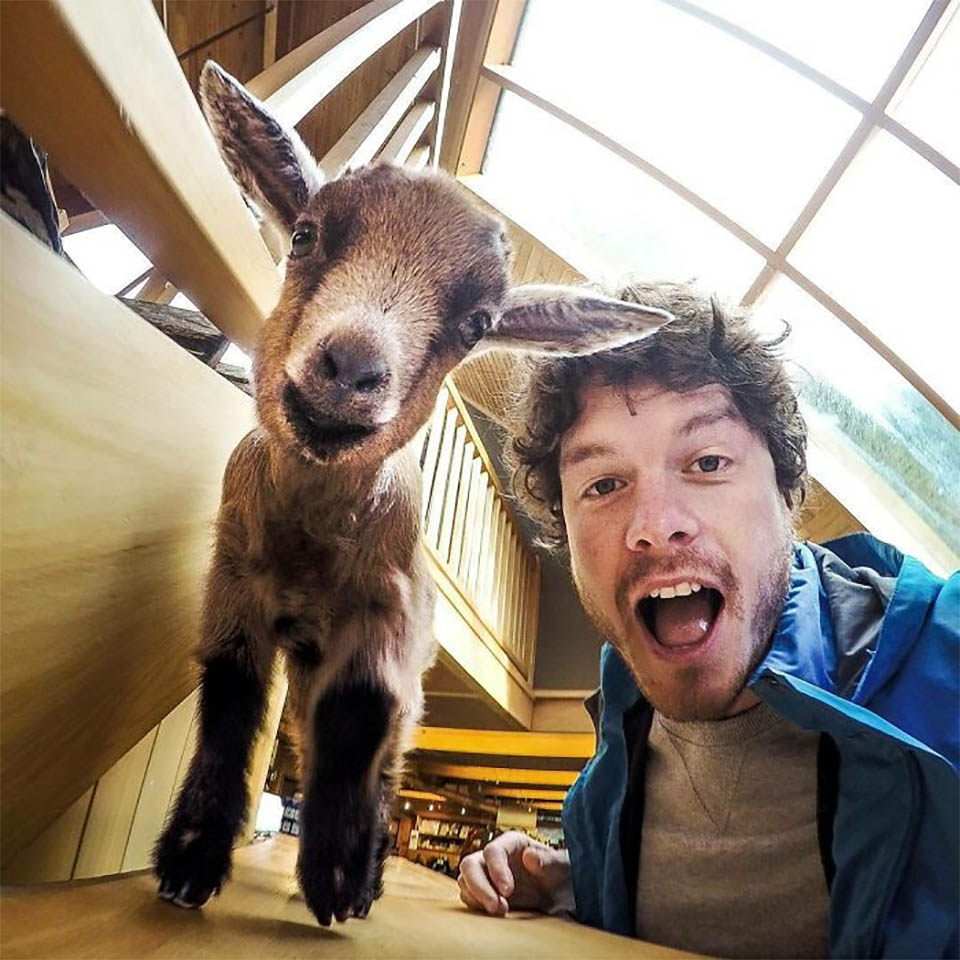