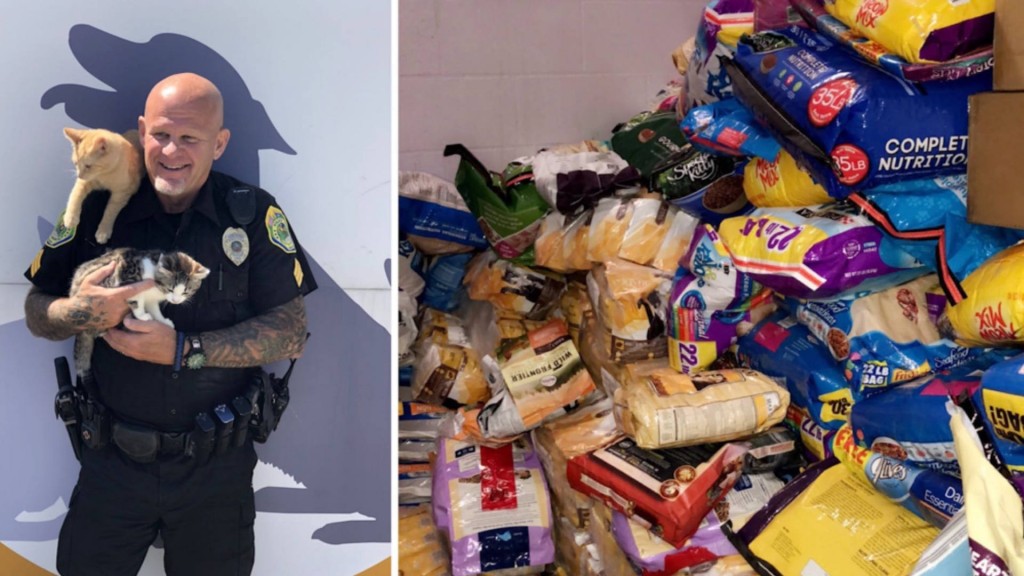 The police department in the city of Muncie, Indiana, in the United States, has developed a way to help stray animals. Instead of charging traffic tickets in cash, police officers charge food for animals from the municipal shelter.

The shelter benefiting from the measure is Muncie Animal Care and Facilities . Official police department profiles broke the news recently. In summary, the note said that anyone who owed traffic tickets could pay the debt by donating food under the shelter.

The success was immediate . Certainly, many drivers were even encouraged to pay the bills. Anyone who had debts on parking tickets could pay off that way.

Until Friday the 19th at 4 PM we are allowing folks to pay their parking tickets in cat food, kitten food, or kitty litter! Bring a donation in the amount of your ticket. The @MuncieACS is overrun with cats and kittens. We want to help! pic.twitter.com/mtwYzLdlCs

“Until Friday (July 19) at 4 pm, we are allowing people to pay for their parking tickets with food for dogs, cats or puppies! Bring a donation in the amount of your ticket ”, determined the official police note.

Traffic tickets were used to draw attention under the

The curious form of payment quickly became popular, that is, even those who had no debt went to the shelter. In short, this was the goal of the lawmen.

With advertising, not only did food donations increase, but also the flow of people. As such, animals can be adopted if things go on like this.

“The shelter is full of hungry cats and dogs. Let’s help! ”, Added the note.

At the center, volunteers work to care for about 350 abandoned animals. Therefore, all help is very welcome. With the police initiative, the shelter received a large amount of supplies.

The campaign had a limited period, but it was enough to keep the animals in great condition for a while. Congratulations to the Muncie police department!