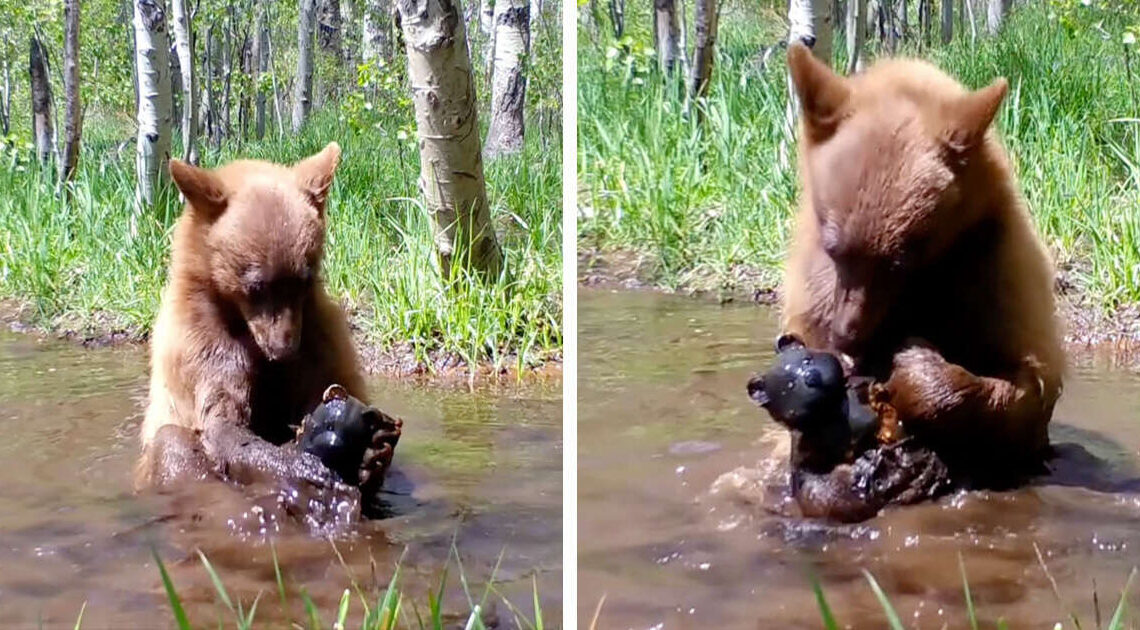 Last year, this orphaned bear cub named Tamarack was rescued from a wildfire zone in Northern California, his paws having been burned in the blaze.

He was undergoing treatment for his injuries at a wildlife care facility when, to his rescuers’ surprise, he managed to escape back into the wild.

Fortunately, despite the ordeal of his past, Tamarack is still alive and well — and now there’s an adorable video to prove it. 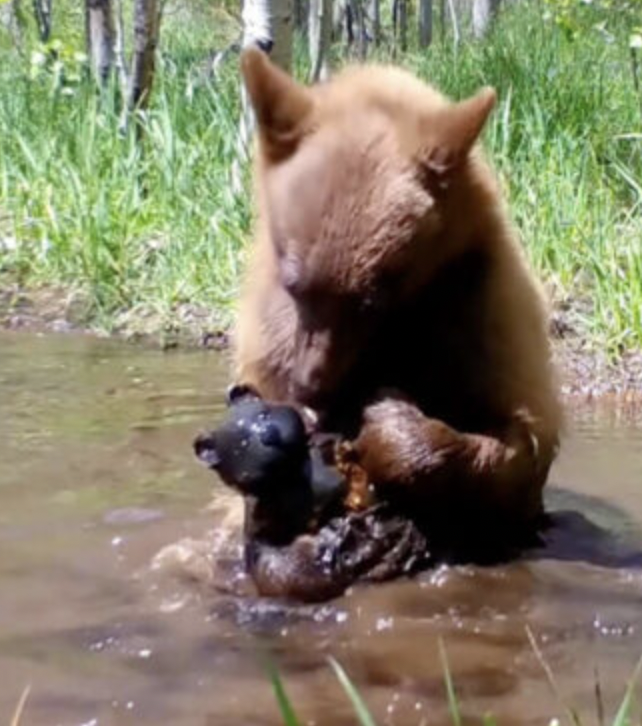 Since Tamarack’s escape last summer, wildlife enthusiast Toogee Sielsch has chronicled his movements on trail cameras placed throughout the forest near his home. From that vantage point, it’s clear the orphaned bear cub has exceeded the odds.

But Tamarack is more than simply surviving — he’s thriving.

Recently, one of Sielsch’s cameras captured footage of Tamarack dropping by a large puddle to take a bath. However, he was not alone. In Tamarack’s company was a toy bear figurine he’d evidently found and befriended.