Wearing a coat of vibrant green feathers, believe it or not, this luminous little bird is quite hard to spot – Meet the Green Broadbill! 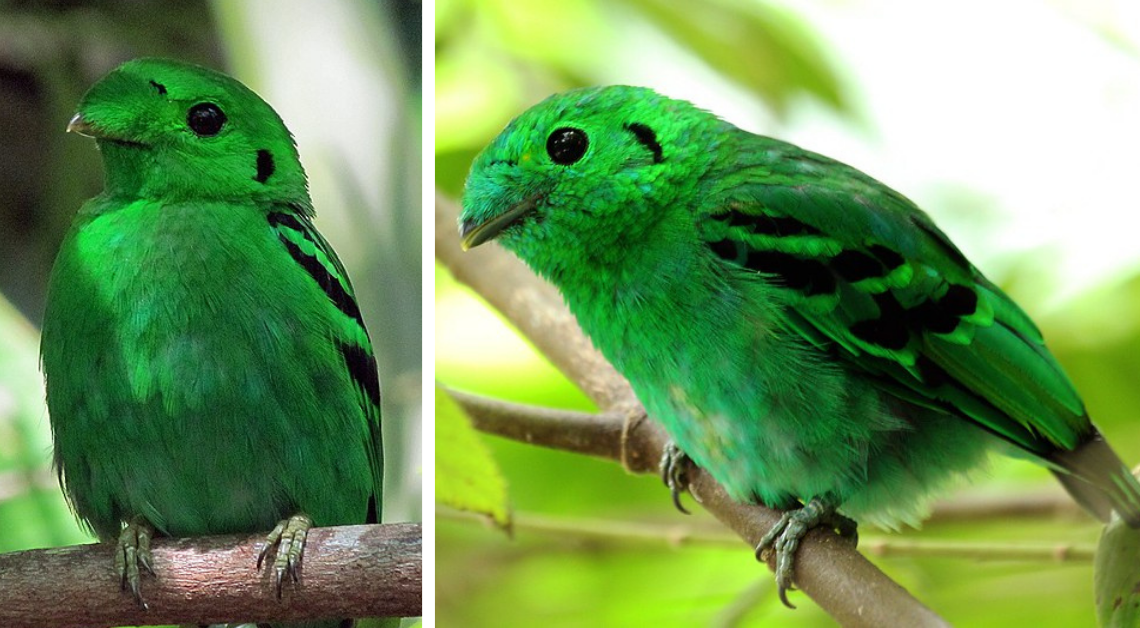 COVERED IN VIBRANT GREEN PLUMAGE, THE MALE HAS A DARK “COMMA” LIKE MARKING BEHIND THE EYE MAKING HIM QUITE HARD TO SPOT!

A luminous green bird with an umbrella-liked head is often overlooked as it sits motionless, well camouflaged in the overhead canopy. 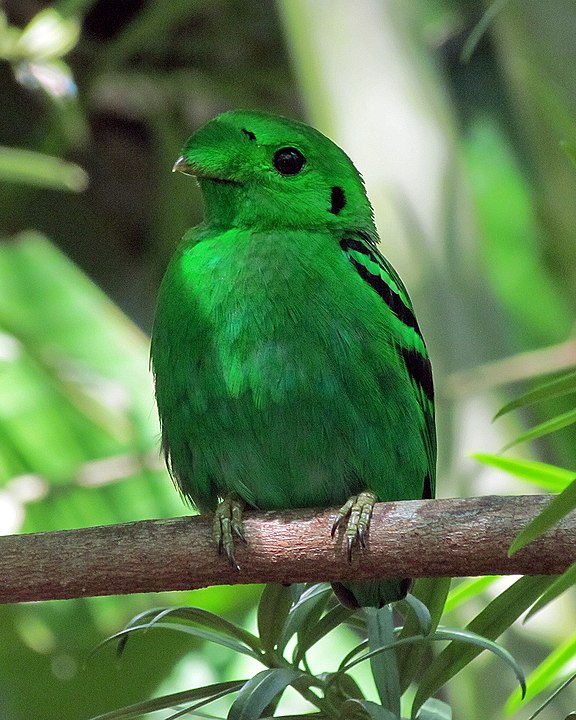 The green broadbill is a small species of bird that is often missed by people as it blends in with its surroundings. Covered in vibrant green plumage, the male has a dark “comma” like marking behind the eye and black wing bars on his wings. 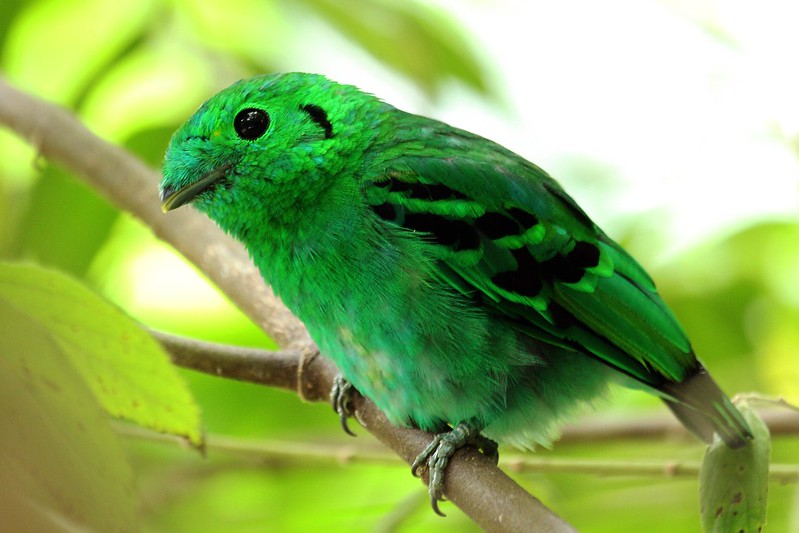 The female of the species has feathers of a duller green with fewer dark markings or spots on her body. 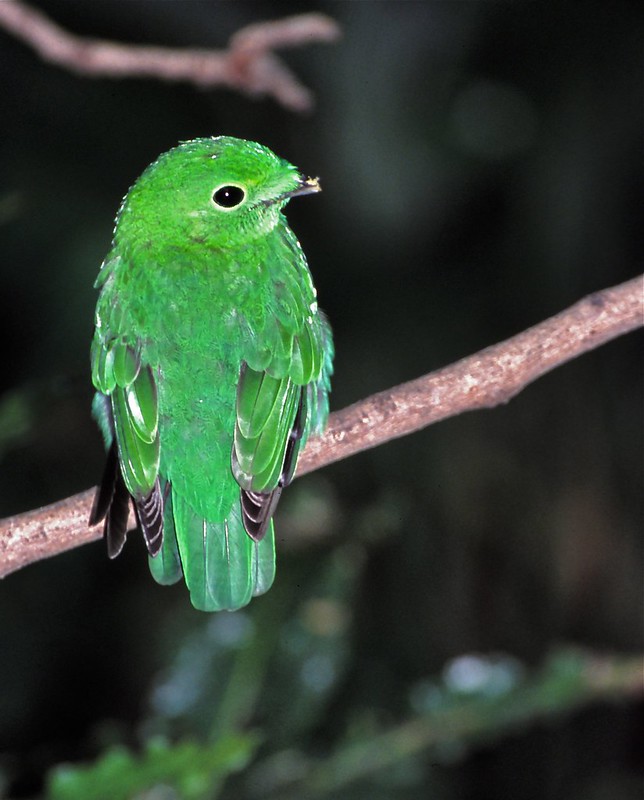 The Green broadbill is found in broadleaved evergreen forests of Borneo, Sumatra, and the Malay Peninsula.

–Often described as a nondescript or mundane looking bird, there is one variation that is quite simply outstanding! 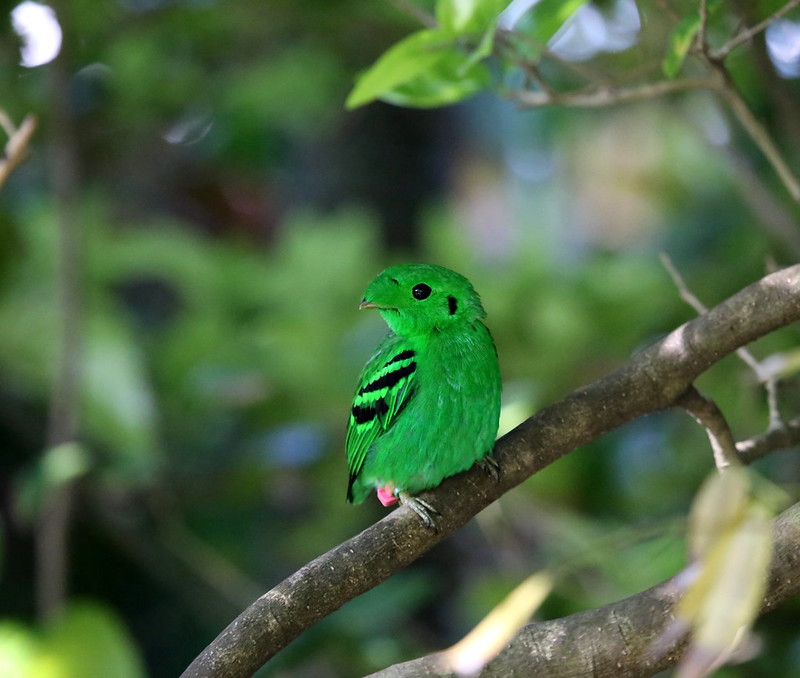 The breeding season for this species is generally from February to June depending on where they live. The female will weave a tubular nest from grasses and lay around 2 – 3 cream-colored eggs. The young take around 22 to 23 days to fully fledge. 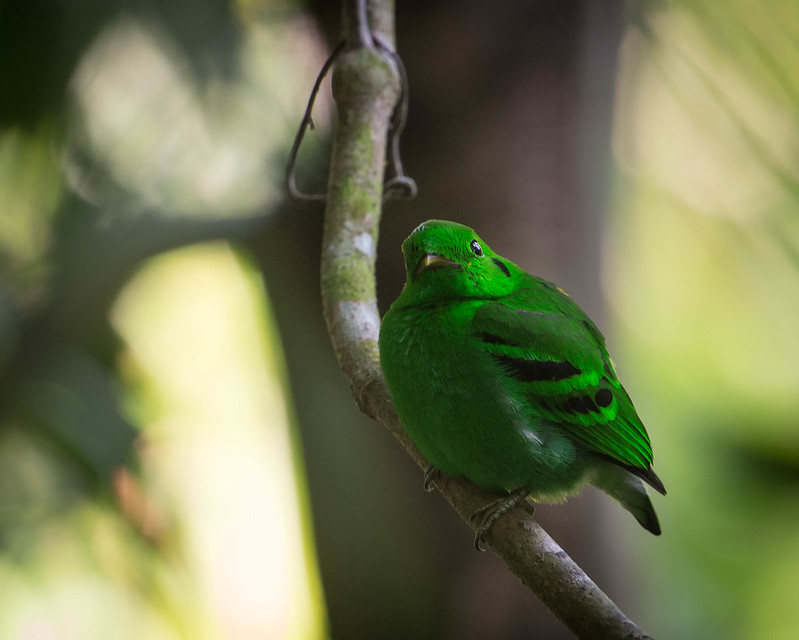 This bird gives a bouncing hooting call, often in a series of calls. 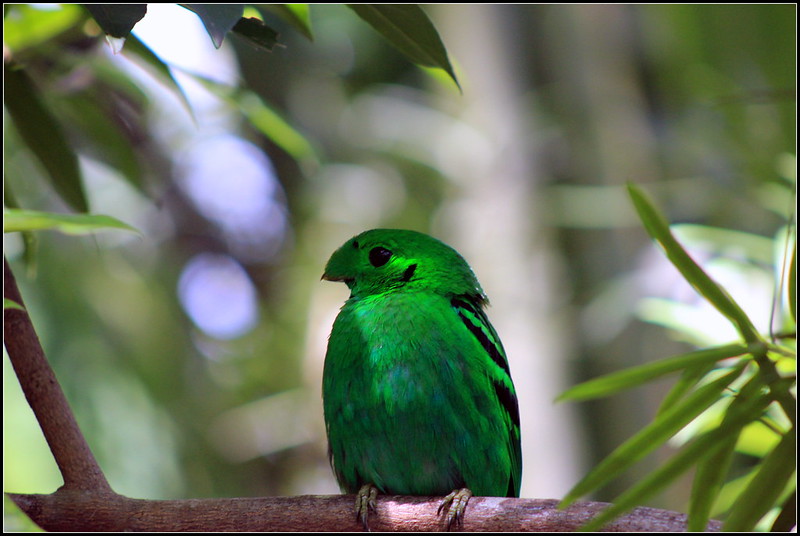 Due to the continued loss of habitat, this species is considered to be near threatened. 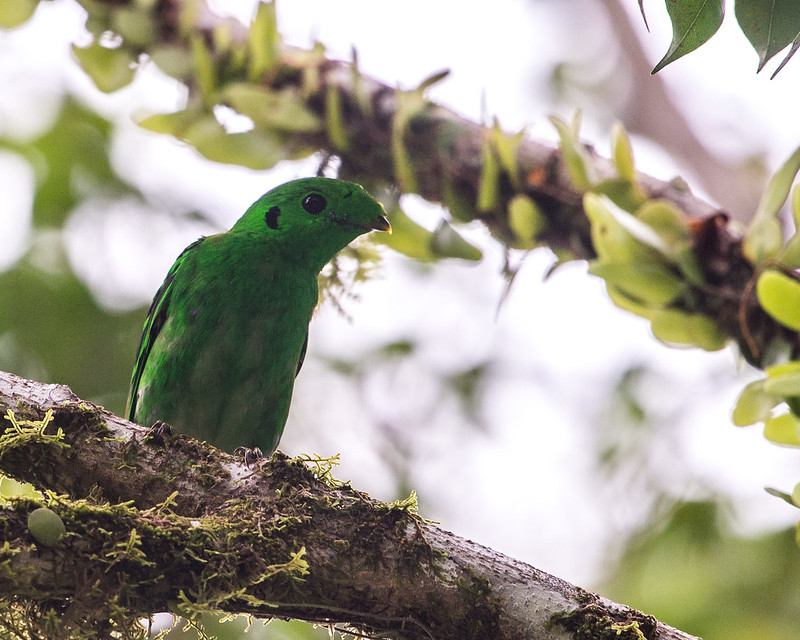 LISTEN TO THE GREEN BROADBILL RIGHT HERE BELOW, LISTEN CLOSELY: