Wearing Black Bib, Crimson Dress And Blue Eyeshadow, The Malabar Trogon Is The Fashionista Of The Natural World 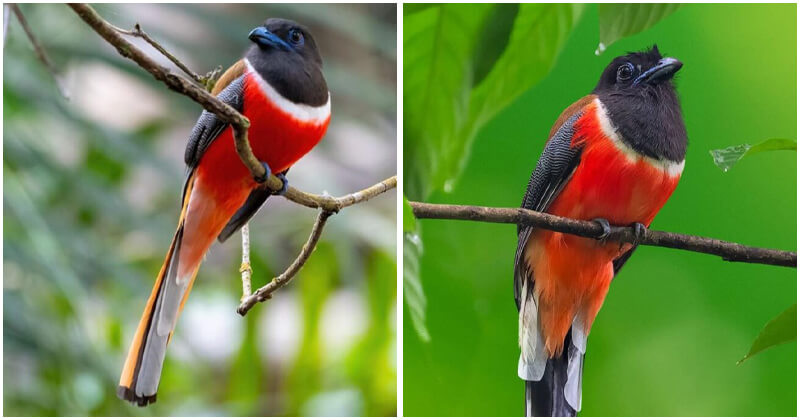 Red and black are the two high-class colors that have been leading the fashion industry for decades, so it’s no surprise that birds covered in red and black always look chic and classy in the world of birds. The Malabar trogon is one of those stylish critters, it looks pretty impressive with haute couture plumage. 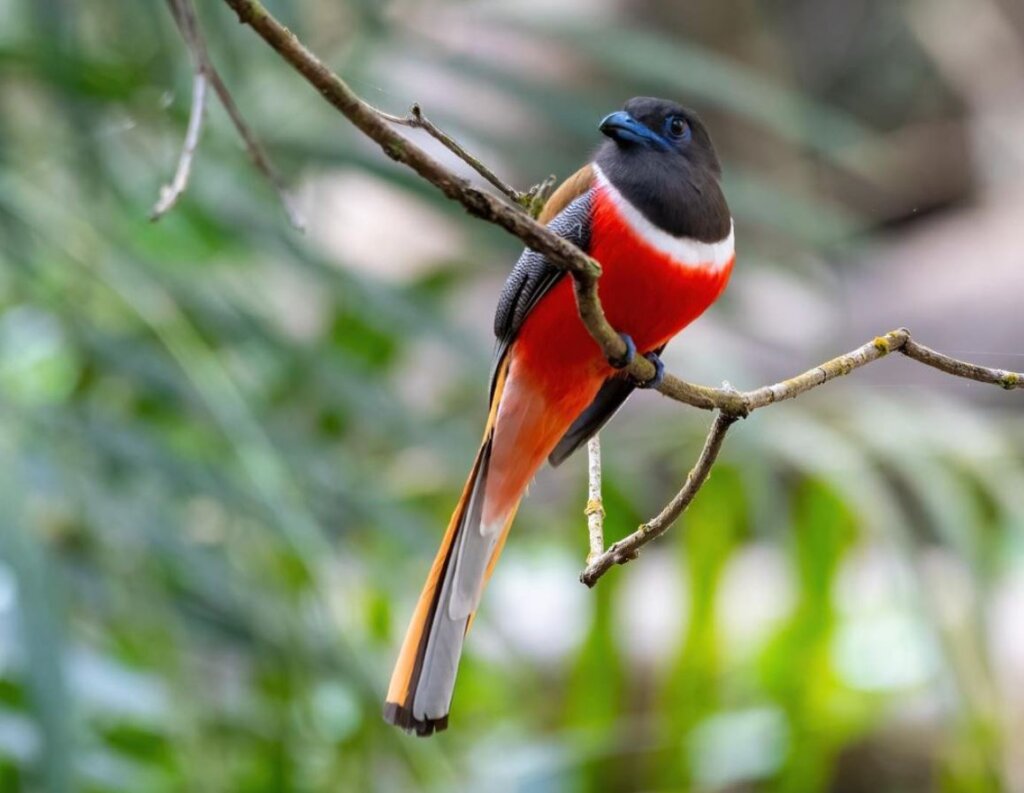 As its name suggests, the Malabar trogon (also referred to as the Harpactes fasciatus) belongs to the trogon family so of course it’s colorful like many other trogons in this world. 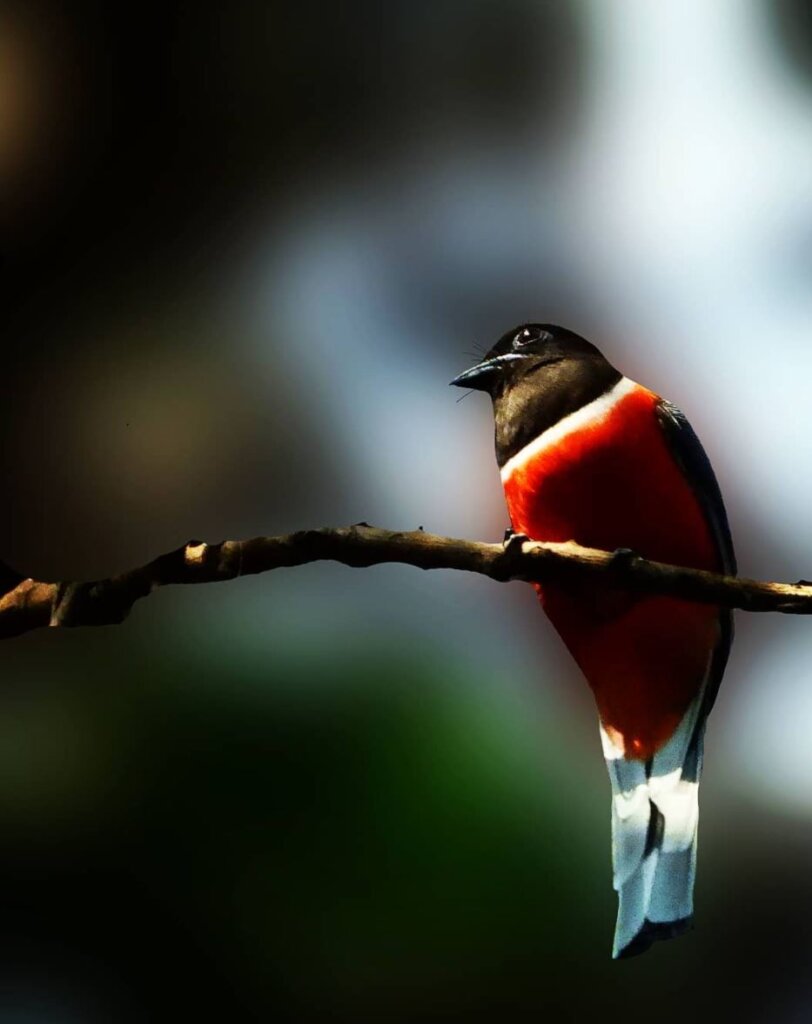 The male is the more eye-catching one here with black head, black breast and gorgeous crimson belly, separated by a fine white border. Its wings are also black with white vermiculations as highlights, while its back is solid brown to chestnut.

This birdy has 12 tail feathers that are graduated neatly. 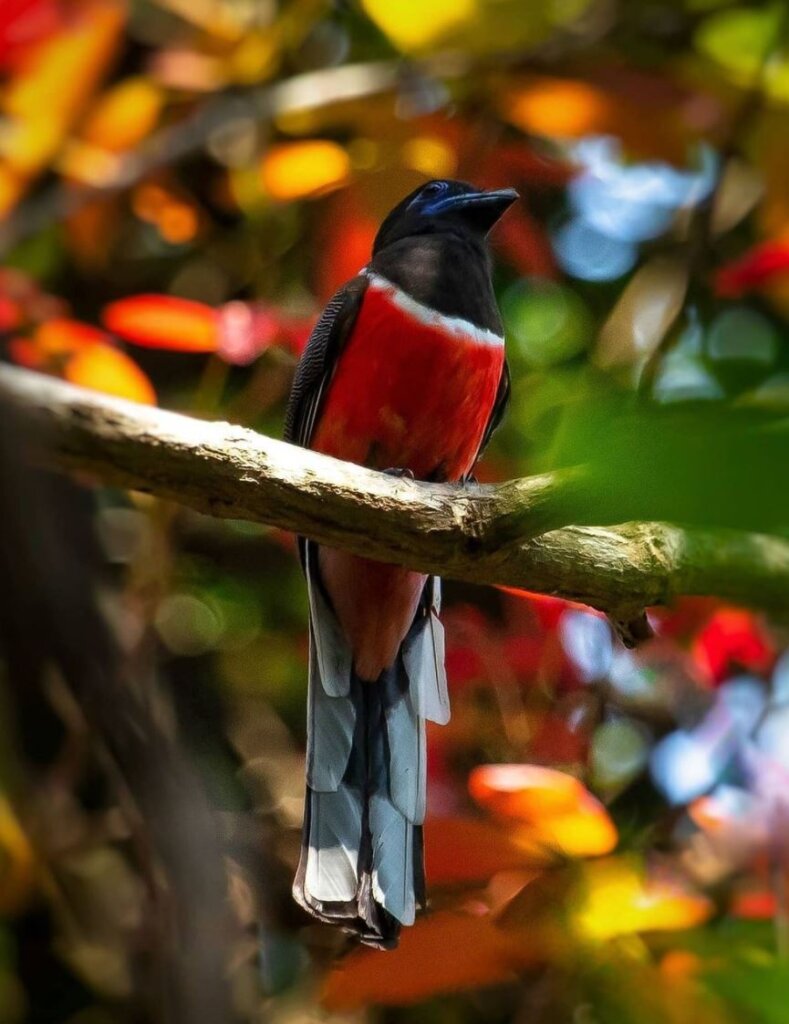 The female is not as bright as the male, but it looks quite charming too. Instead of the daring red shade, it is covered mostly in brown and orange tones, making the bird seems to be milder compared to the opposite gender.

It also has the blue beak and blue eyeshadow like the male does, which make them both way more prominent. 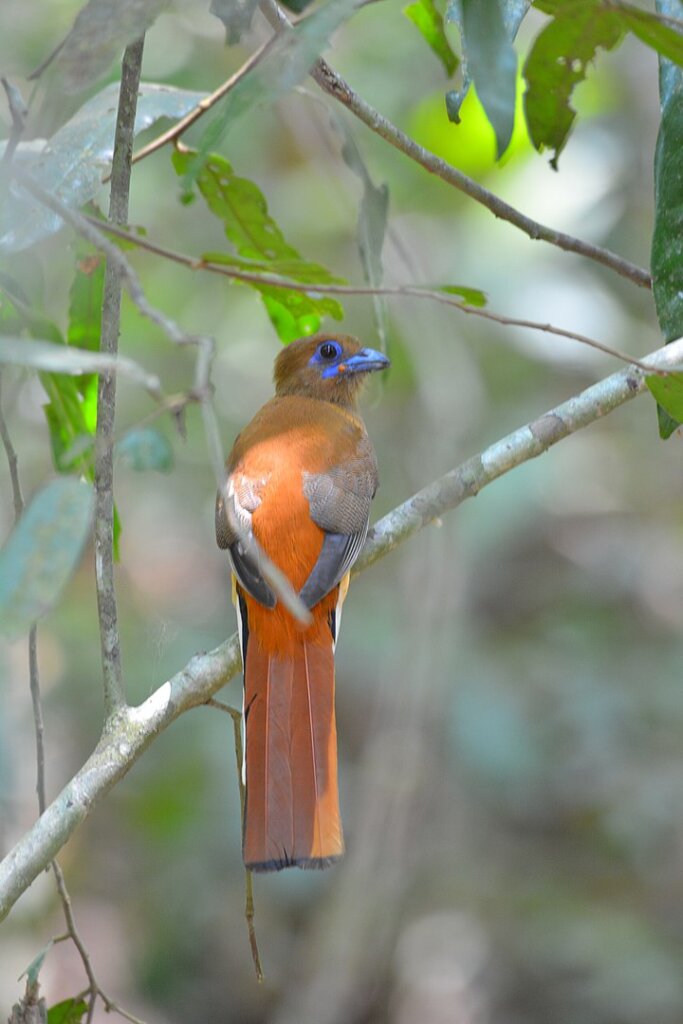 Despite that outstanding appearance, the Malabar trogon is kind of elusive. These lovely birds mostly live in the tropical forests of Sri Lanka and peninsular India.

In spite of the fact that they fly really fast, these lazy creatures prefer to perch still on the branches whenever they don’t need to search for insects or fruits to fill their belly. 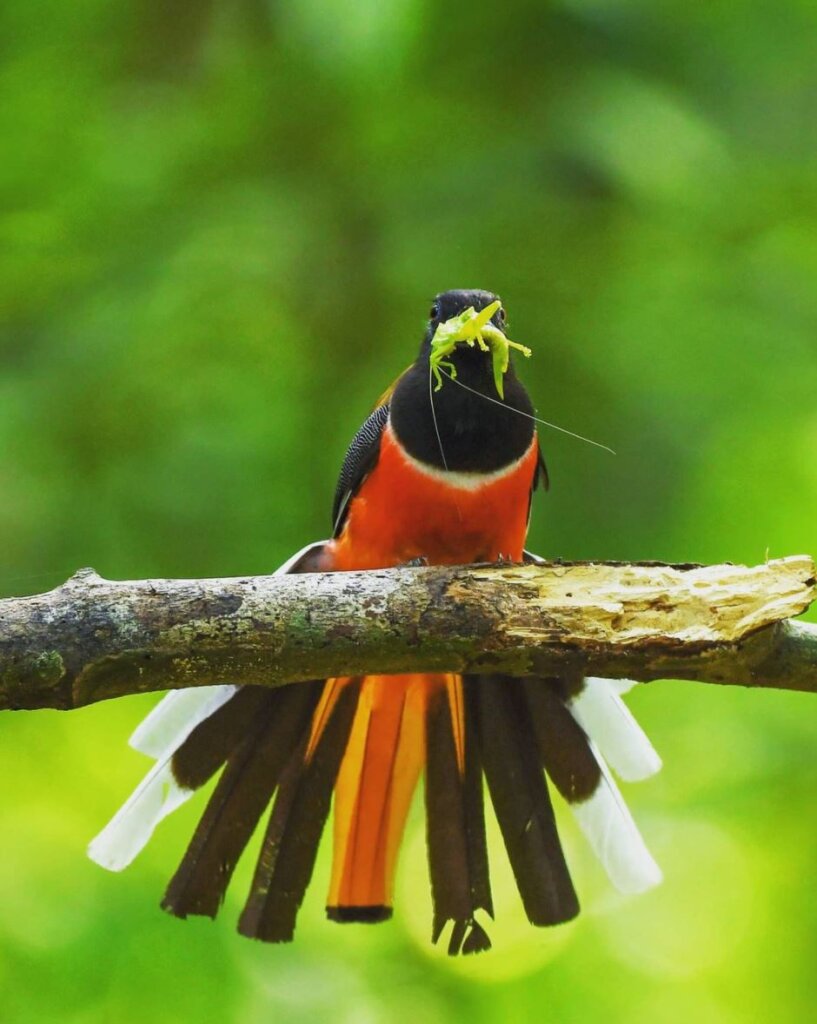 The male and the female always build their nest together from rotten trees or stumps. The female often lays two eggs at once and then they would take turns incubating them for about 19 or 20 days until the eggs finally hatch. The chicks continue to be fed by their parents for 5 to 6 months afterward. 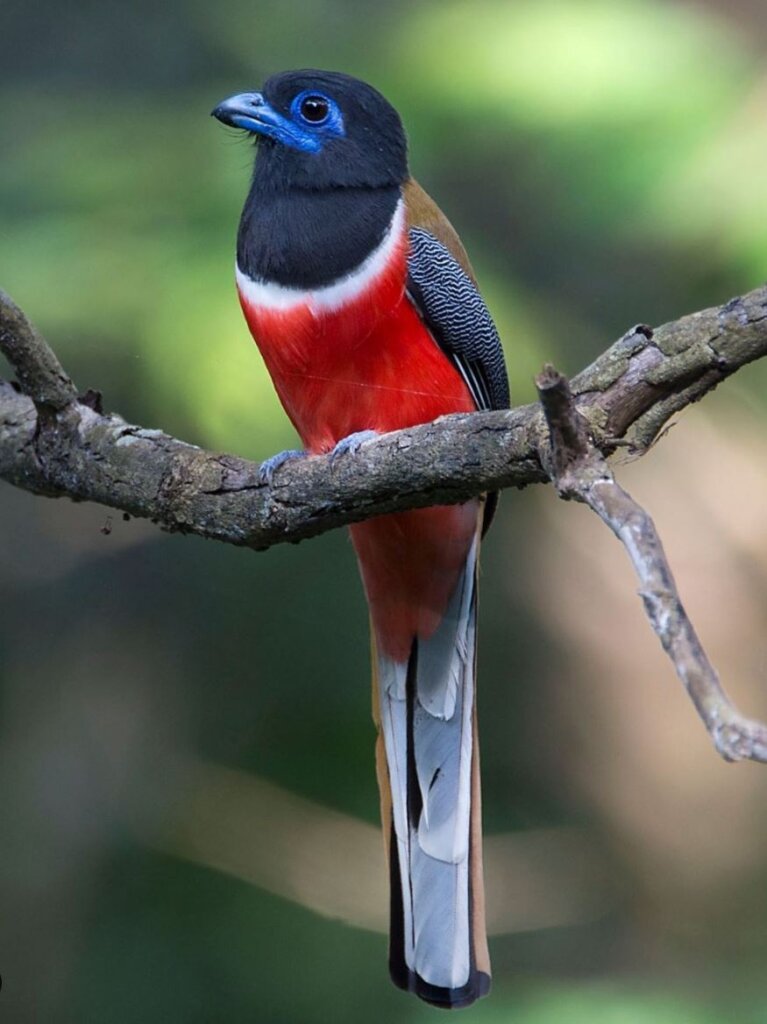 Just listen to their sweet sound:

A Tiny Bird Does Its Finest To Be Wonderfully Menacing, At The Same Time, Trying To Show Fluffy Flying Dragons Do Exist!

A Tiny Bird Brings A Ray Of Light To A Ukraine Soldier’s Face As He Endures In The Hardest Of Situations!