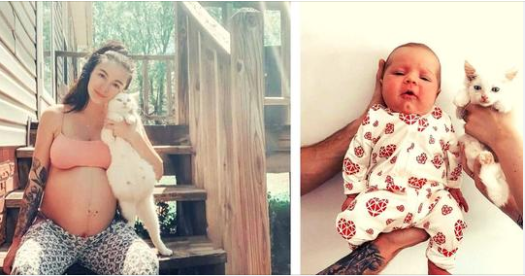 Lauren Maners has fostered many animals over the years, and it has been one of her greatest joys. But, recently, as she was preparing to give birth to her daughter, Lauren decided it was time to take a little break from fostering.

“I had a long history in fostering and rehabilitating animals, but when I got toward the end of my pregnancy, I decided that it was time to take a break from all of that as the animals I usually fostered/rehabilitated were usually sickly and needed lots of care, which I would not have time for once the baby came,” Lauren said. She was certain that’s what she wanted – until Dove came along.

The very morning that Lauren decided to take a break from fostering, she and her husband spotted an injured cat on the side of the road. Naturally, the couple pulled over to check on the cat, which is when Lauren realized the feline was not only injured, but pregnant as well!

“I knew that she was in bad shape and also felt a sort of connection to her due to us both being very pregnant,” Lauren said. 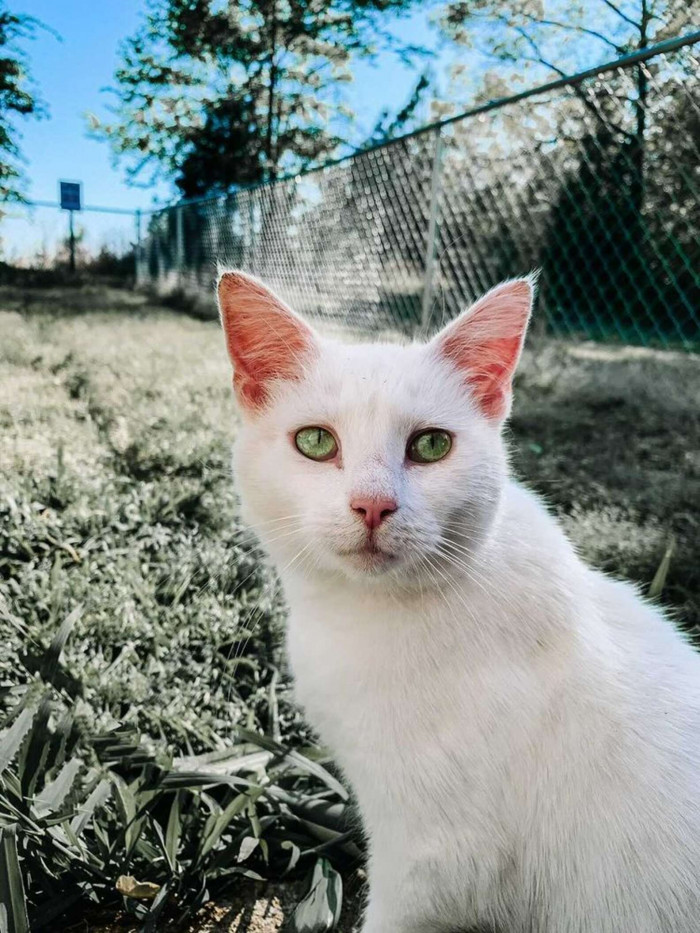 “I managed to catch her by luring her up to me with our leftover food and wrapping her in my jacket, and we brought her to the vet.”

After taking the cat, they later named Dove, to the vet for treatment, the couple took her home for some much needed rest. They asked around in the community to see if anyone was looking for the cat, however, they sadly discovered she had been a stray for the majority of her life. 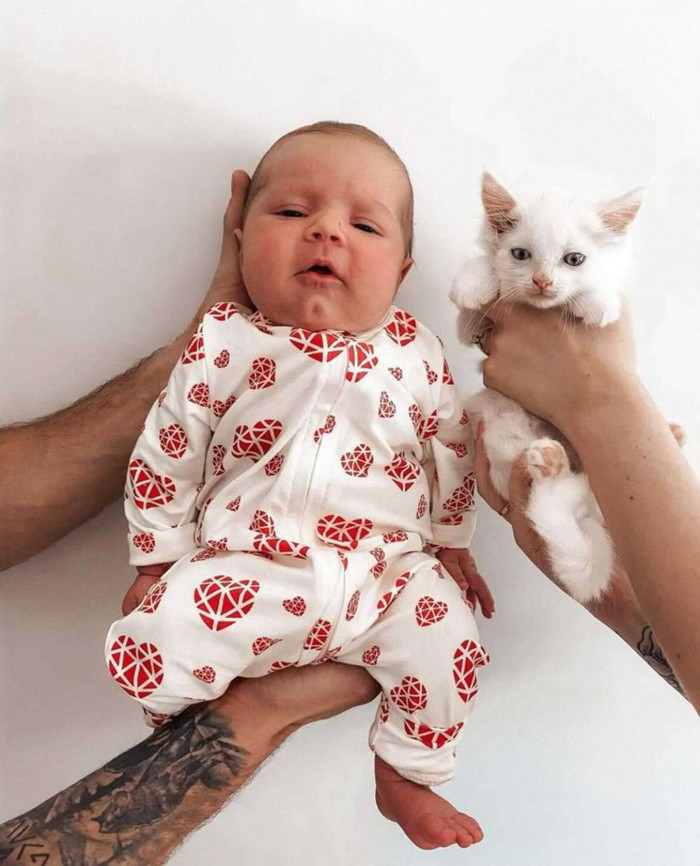 Lauren couldn’t help herself – she had to break her own rule and take Dove in. 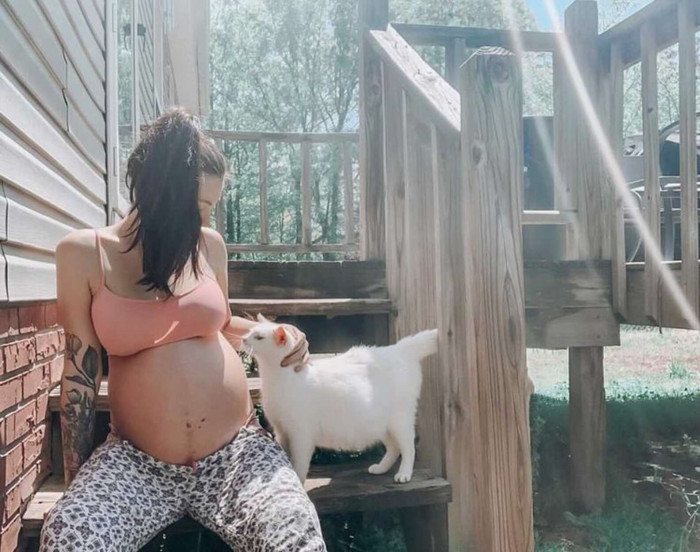 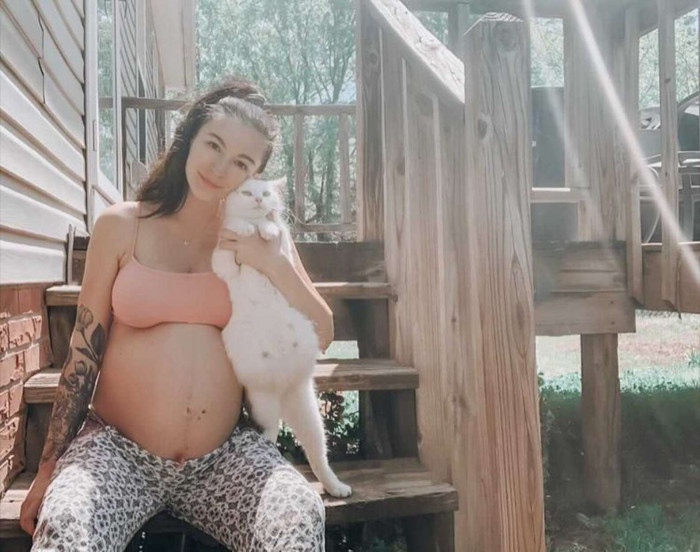 The two pregnant mama’s bonded and spent most of the final weeks of their pregnancies hanging out together.

“She would follow me around everywhere I went, and loved sitting outside with me in the mornings in our fenced-in area and letting me rub her belly while we ate breakfast together,” Lauren said. Soon, it was time for Lauren’s daughter, Kylie, to be born.

Incredibly, while Lauren was in hospital delivering Kylie, Dove was at home giving birth to her own babies. “They were very possibly born at the same time,” Lauren said. 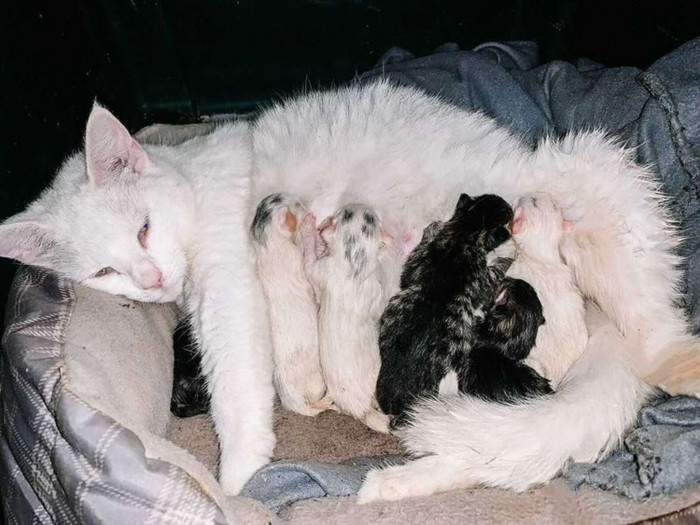 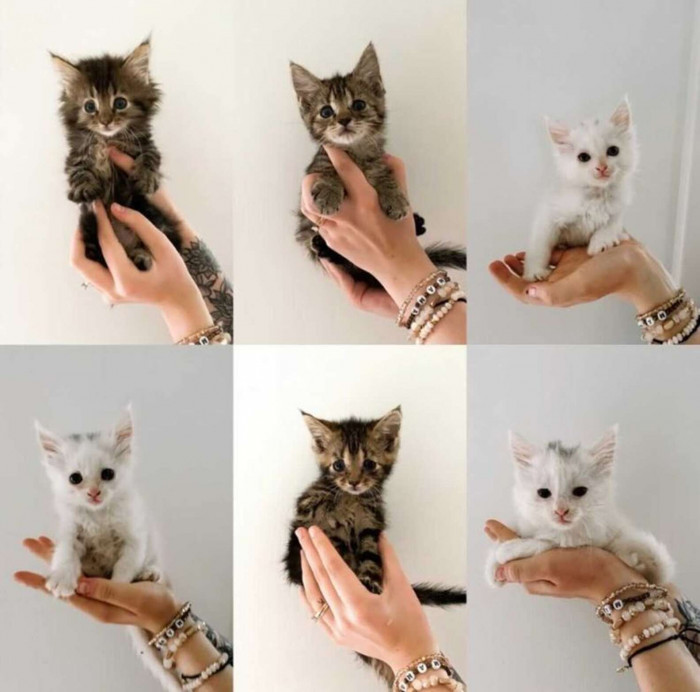 And, as the kitten’s grew and thrived, so did Lauren’s daughter, Kylie.

“When my daughter was 5 weeks old, she began to notice the kittens when I would carry her in there with them to help me feed them and give them some attention,” Lauren said. “The kittens were also very curious about my daughter as well.”

Dove stayed with Lauren and her family for several months before Lauren found her and her kittens the very best forever homes. Luckily, all seven of them are not far away from Lauren, so her and Kylie are able to stay in touch with them.

“Luckily the mother cat went to live with a friend of mine, so I am still able to get updates on her. And several of the babies went to people I know as well, so I have even been able to visit them,” Lauren said. 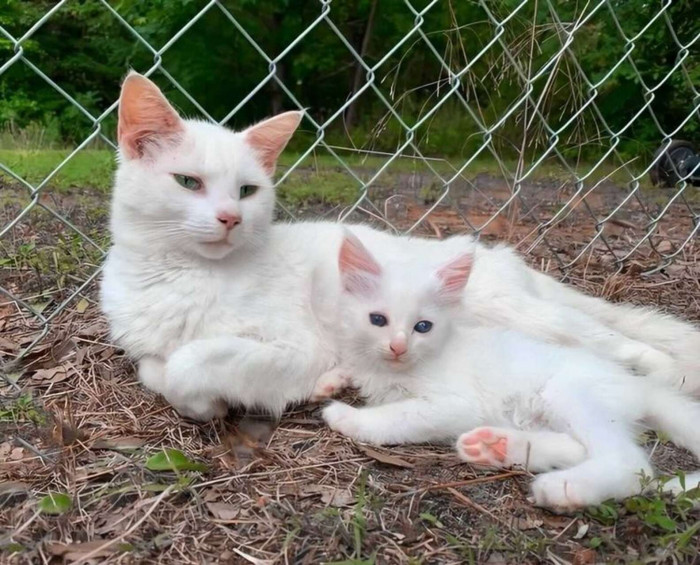 Lauren says she wouldn’t change sharing the final weeks of her pregnancy with Dove for the world!