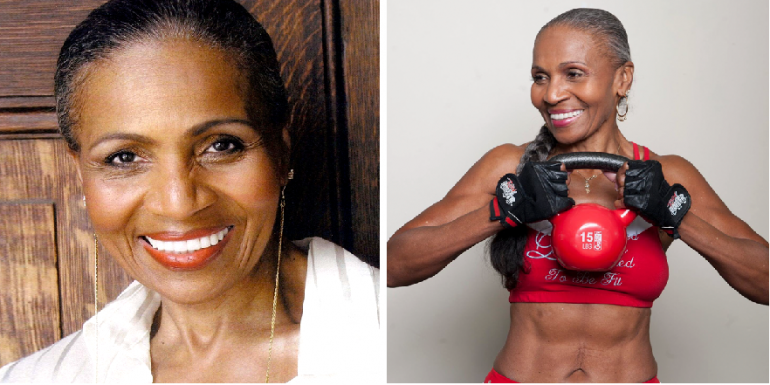 Everyone has felt too old for some things, at least once in their lives. Some say that age is just a number, but Ernestine Shepherd has proved that!

Ernestine is 81years old, she is a very strong woman and is one of the oldest female bodybuilders today.

You may have seen the viral meme of two elderly women, the one is sitting in a wheelchair, while the other one is happy, looking fit and standing, well that’s Ernestine.

She wasn’t a bodybuilder for her whole life. The story of Ernestine is very unique, because she holds a record in the book of Guinness World Records. She was not into bodybuilding and exercising until she turned 56.

She was born in June 1936 in Baltimore. She used to take care of her sister, but when she passed away due to brain aneurysm, Ernestine Shepherd decided to exercise and take care of her mental and physical health.

She had very high blood pressure, so she needed to start working out right away!

Every day she wakes up at 3 AM and weekly she runs about 130 km (80 miles), she sticks to her diet which is calorie-controlled. Her diet contains a lot of boiled egg whites, veggies, chicken and mostly water.

Her key to success is to “Never Give Up!”

When you want to take a cheat day, or skip the gym day just think of this woman.

Below you have the video of this amazing 81 year old female bodybuilder:

When Your Lungs Drown in Mucus, This is The Best Cure! It’s 100% Natural and Works in Just Few hours!

Honey ‘May Be Better Than Antibiotics’ For Curing Coughs And Colds, Study Claims

Fatigued, Dizzy, Short Of Breath, Difficulty Sleeping? You May Be Anemic. Try These 3 Juice Recipes To Boost Your Blood Count.